Hearing for man convicted in 1989 murders; hoping for new trial

SOUTH BEND, Ind.-- The man convicted in the 1989 “Prom Night Murders," is hoping to get a new trial.

On April 29th 1989, Pelley was getting ready to take his girlfriend to prom. He lived with his father, Reverend Bob Pelley, his stepmom Dawn, and two young sisters, Janel and Jolene. In the hours that led up to the prom at Laville High School 33 years ago though, police say Pelley was doing more than just getting ready.

Bob grounded Jeff, and prohibited him from driving his mustang and attending prom as well as all after-prom activities, including a trip to Six Flags Great America the next day. However, Jeff eventually got permission to attend only the dance, as long as Bob drove the couple there. On prom night though, court documents say Pelley was running late to pick up his date, but when he got there, he was driving the Mustang by himself. He ended up spending the night at a friend's house after the dance. The next day, Jeff, his girlfriend and a prom group, left for the amusement park.

Meanwhile, back at the Pelley home, close friends and neighbors noticed something unusual. Bob was noticeably absent from church that morning. When he never showed, some church members went to their home to check in, and found Bob in the hallway, shot twice with a 22-guage shot gun. His wife and two daughters were gunned down, too.

After investigating, police found no evidence of burglary or forced entry. They found a small load of laundry in the washing machine, consisting of a pink and blue shirt, blue jeans and socks. A luminol test of the washing machine was inconclusive, which indicates either a reaction with blood or phosphates in detergents used in 1989. An empty gun case was found in the basement, but no shell casings were found.

Illinois police tracked Jeff down at Great America, where he was held until Lakeville police arrived. The next day, May 1st 1989, police videotaped an interview with Jeff, and after a few rounds were complete, The State presented sufficient evidence in which the jury concluded beyond a reasonable doubt, that Jeff committed the murders. This was based on agreement that there was motive, access to a weapon of the type used, and presence at the site. However, it wasn’t until 2002 that Pelley was charged, and it wasn’t until 2006 when he stood trial. He was convicted on four counts of murder, and sentenced to 160 years at the Indiana State Prison. Pelley, however, has maintained his innocence since 1989.

In a 72-page long Fourth Amendment Petition, Pelley and his defense attorney, Frances Watson, are trying to prove ineffectiveness of his previous counsel, and that a last-minute witness could’ve changed the outcome of his 2006 trial.

They are arguing that no forensic evidence has ever been tied to him and the murders, despite extensive efforts to establish such a link. There was also no trail of debris that led police to check the washing machine. They also say there’s no link that exists to support that the items found in the laundry, one of which as a pair of blue jeans with 34 cents, a dollar bill and receipt located in the pants pocket, had been found washed in the basement of the home.

Jeff was not charged at the time of the murders in 1989. The petition also claims that the time window of forensics, points away from him as the killer, since his other sisters, who weren’t home at the time, were aware of his whereabouts and a witness was present the day of prom night when Jeff and his father discussed prom plans. Pelley and his defense say there was mishandled evidence and blatant falsehoods behind the prosecution's claim that pieces fit the puzzle of a 13-year post crime.

They also point to Bob Pelley's past, including how his fraudulent banking could be tied to the murders, which is information that wasn't presented to the jury in Jeff Pelley's first trial. A witness, who police interviewed in 2003, says Bob Pelley knew his past was catching up to him, that if he was located, his family would be in danger. 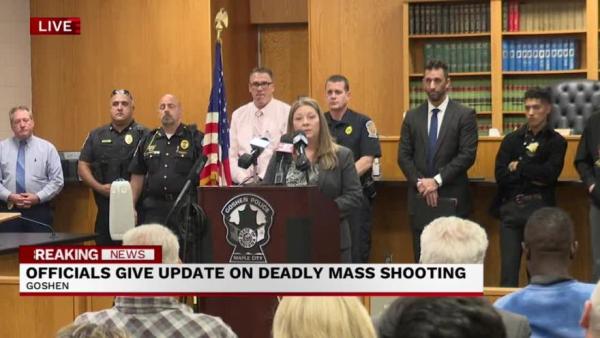