Rainy weather is moving into Michiana for the end of the week, with rainfall accumulations between one to two inches possible from Thursday to Saturday. Heavy, prolonged rain during early spring can be bad for roads, destroying them if precaution is not taken. This is why Frost Laws are currently in effect across Berrien, Cass and St. Joseph counties in Michiana, and the rest of Lower and Upper Peninsula Michigan.

The Frost Laws are seasonal laws that prohibit heavy vehicles from travelling on certain roads, in order to protect the roads from being damaged. In early spring, the ground is still mostly frozen, which prohibits water from sinking into the earth. Therefore, when it rains, the water will soak into the gravel base below the pavement of the road, where it becomes stuck, and the gravel becomes saturated. This ruins the support for the road pavement, and if a heavy truck drives on this road, the pavement can be cracked and indented. 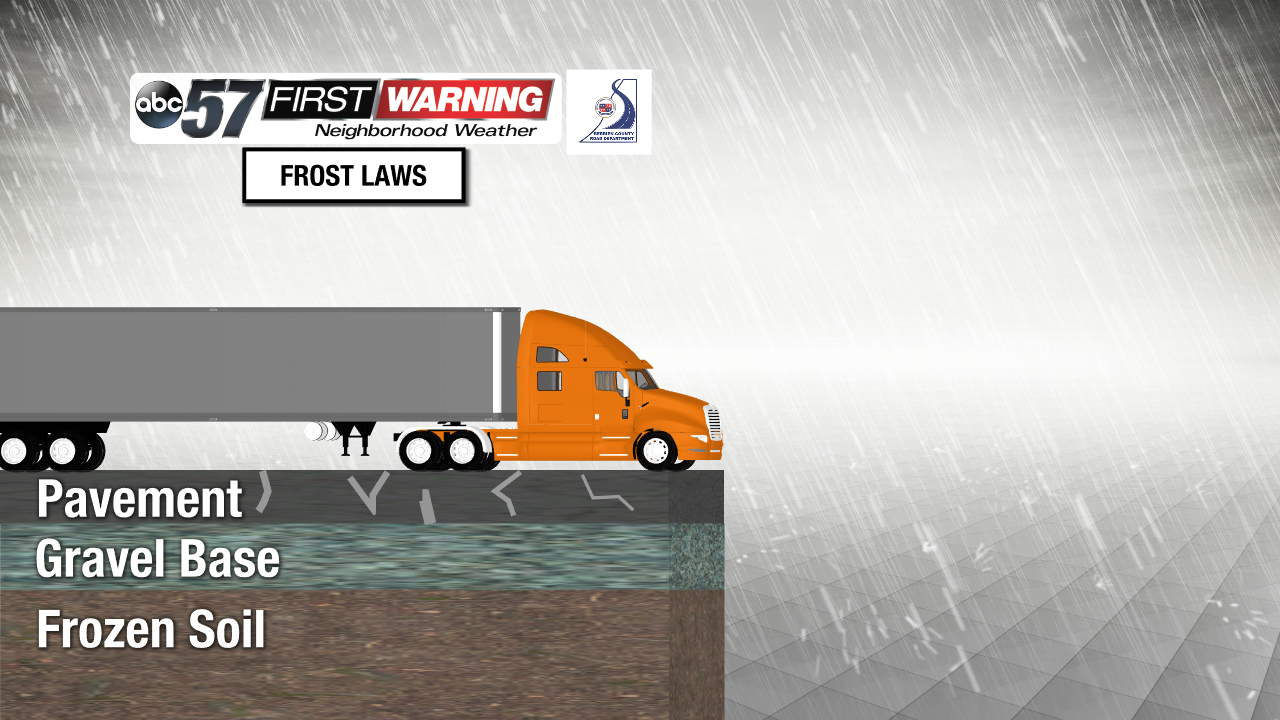 The county road commissions did not put up signs on the roadways this year, so drivers of large machinery or heavy vehicles have to purchase permits or avoid the roads altogether. There are not always Frost Laws in early spring. For instance, in 2016 and 2017 there were no Frost Laws due to the warmer winter conditions.

Frost Laws will likely end during the first or second week of April for Berrien, Cass and St. Joseph counties in Michigan, since ground temperatures are starting to rise above freezing.

Heavy rain can also worsen the pot holes around town in Indiana. After the winter season, roads are left with gaping holes everywhere, and with heavy rain on its way, erosion of those potholes is possible. This will make them wider and deeper.

For more information on Frost Laws, limits and restrictions, visit: