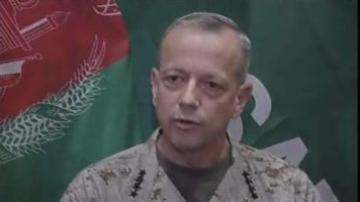 The cause of the crash is still under investigation. A senior defense official tells ABC News they are leaning towards the possibility it was shot down.

The increased death toll comes up as the U.S. troop draw down continues.

However, tens of thousands of American Forces will remain.

U.S. deaths increase during the summer because it is easier for the rebels to move around.

About 220 Americans have been killed in Afghanistan in 2012.