Helping Spanish speakers to the polls in Goshen 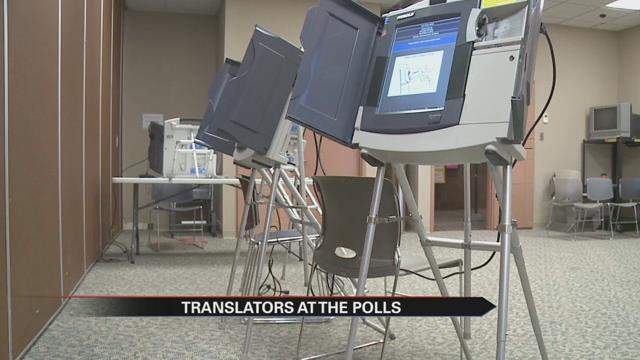 Whether you are driving down U.S. 33 or walking a neighborhood full of political signs you know it is election season in Goshen. Most of the campaign signs are in English and one community group is aiming to get more voters to the polls by overcoming a major obstacle, language.

Currently the ballot in Elkhart County is only available in English yet about 20% of the Goshen population primarily speaks Spanish.

A group of about 40 community leaders are trying to guide the Latino and Spanish speaking population to the polls by doing things a little differently.

“We had a ‘pachanga’ - a big party over at one of the parks in Goshen, Pringle Park,” says Felipe Merino an attorney in Goshen.

Merino says the event thrown by Latinos for Goshen was not just food, fun, and music.

“Voter registration came out and brought the new voting machine so that the community could have the ability to familiarize themselves with the machine,” says Merino.

This is the second year the county did away with paper ballots but the first year interpreters will be available at the polls for predominately Spanish speakers.

“There are segments of our population that though they are US citizens and though they have been here many years they are busy working two or three shifts at the factories here in town and so they haven’t had a chance to take English classes,” says Merino.

The interpreters will be volunteers gathered by Latinos for Goshen.

Chris Anderson the Chief Deputy Clerk says interpreters have always been allowed, but new this year those who use the volunteers will just have to sign an affidavit.

Although many in Latinos for Goshen have publicly claimed a democratic affiliation they say they are open to help voters from all parties translate their ballots.

“It is important that anybody that we register to vote knows that they can vote either republican or democrat in Goshen,” says Merino.

Anderson says the Spanish-speaking population in Elkhart County has not reached the number where they would be required to provide an alternative language ballot. He adds with the growing numbers they are looking into it.