Here's why you shouldn't put away the snow gear

SOUTH BEND, Ind. -- It has been a significantly below normal winter in regards to snowfall. With March right around the corner, is it time to put the nail in winter's coffin? 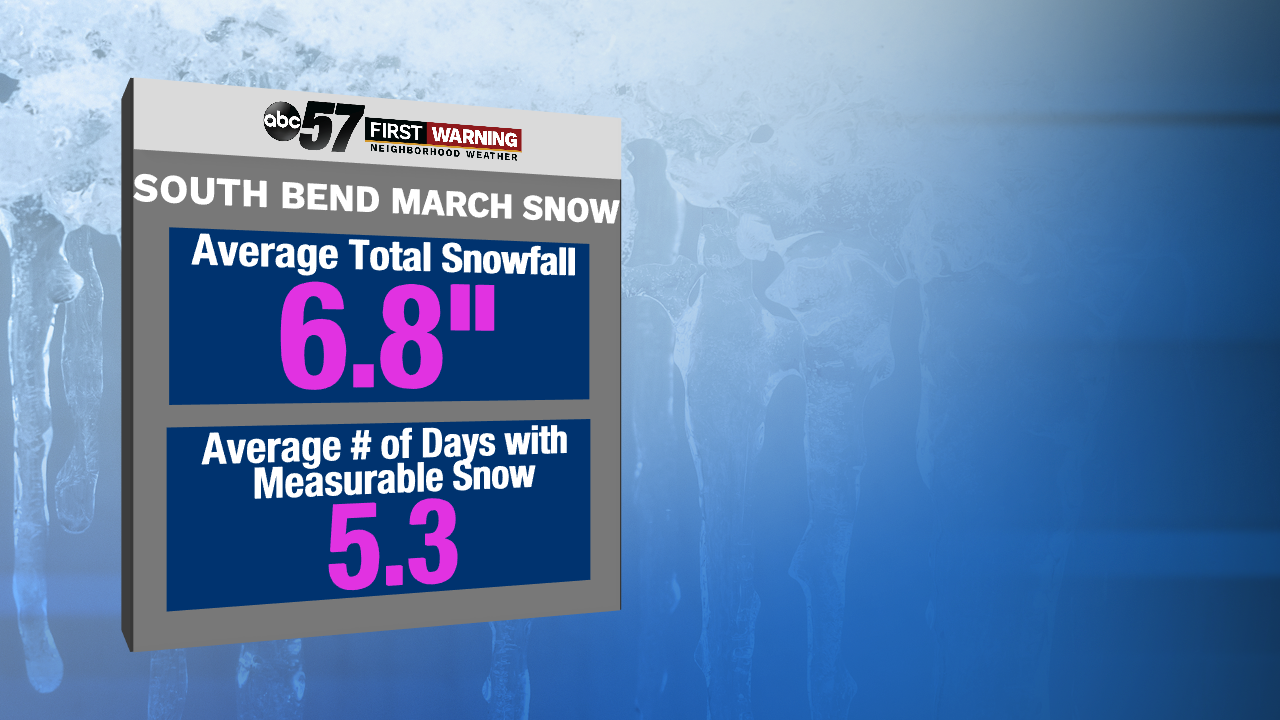 Average March snow for South Bend.
If we had to answer that question in simple terms, we would comfortably say "no."

That's because most things point towards our snow season not yet being done.

Historically speaking, March typically sees just shy of 7" of snowfall, with more than 5 days during the month featuring measurable snow. 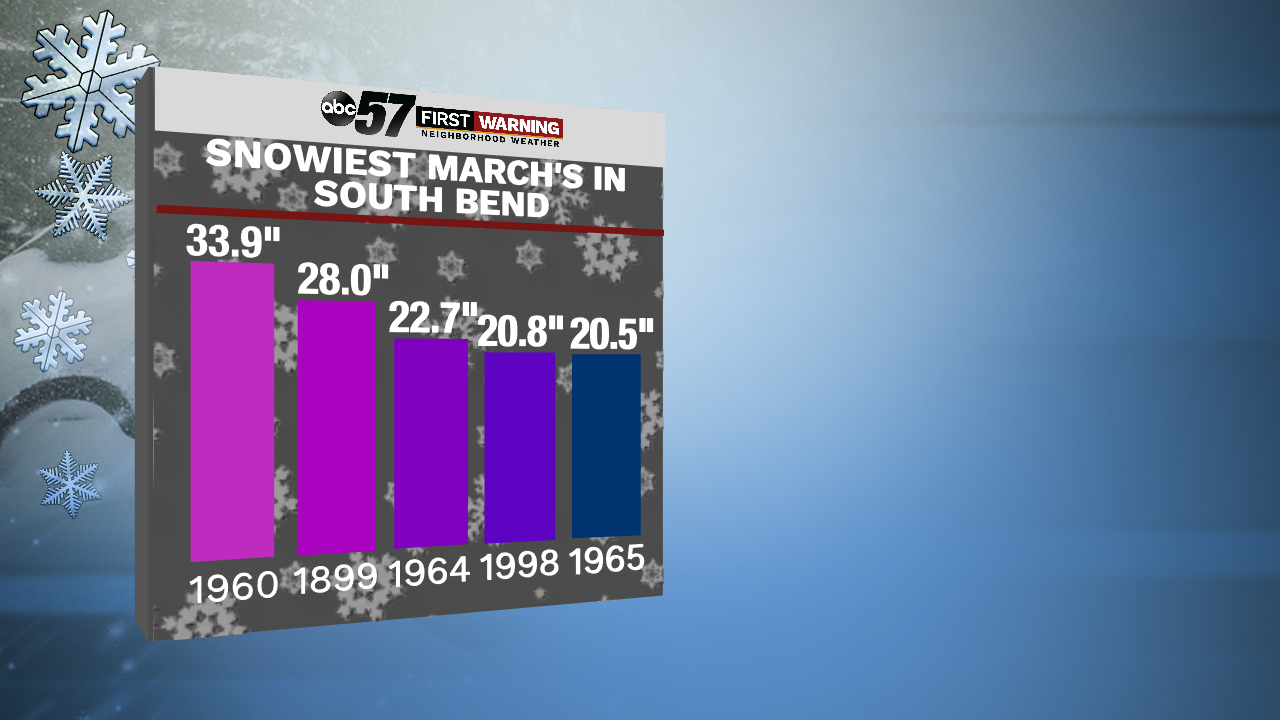 Top 5 snowiest March's in South Bend history.
There have even been a handful March's with more than 20" of snow in South Bend! So bigger snows are not unheard of either. 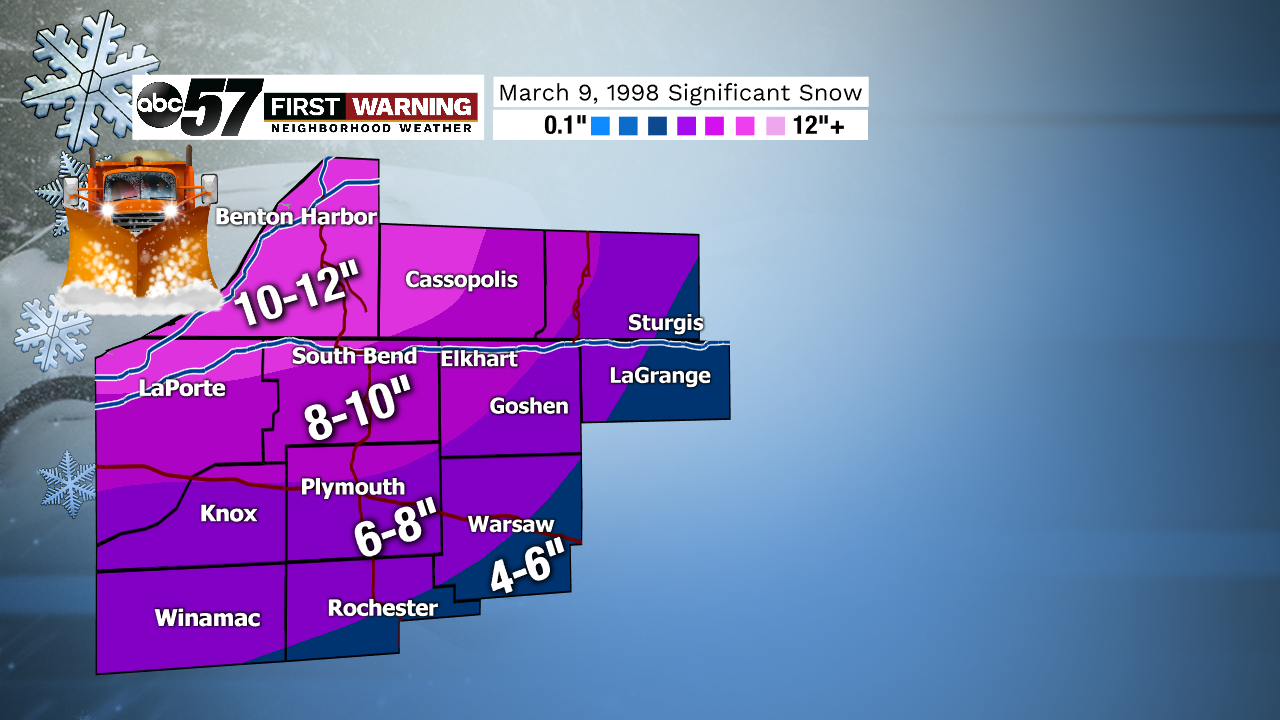 Snowfall totals from March 9th, 1998 snowstorm.
One of those big March snow events happened just over 20 years ago back in 1998. That's when much of the region saw 8-14" of snow on March 9th alone!

In fact, the entire region from corner to corner saw at least 4" of snowfall with that system. 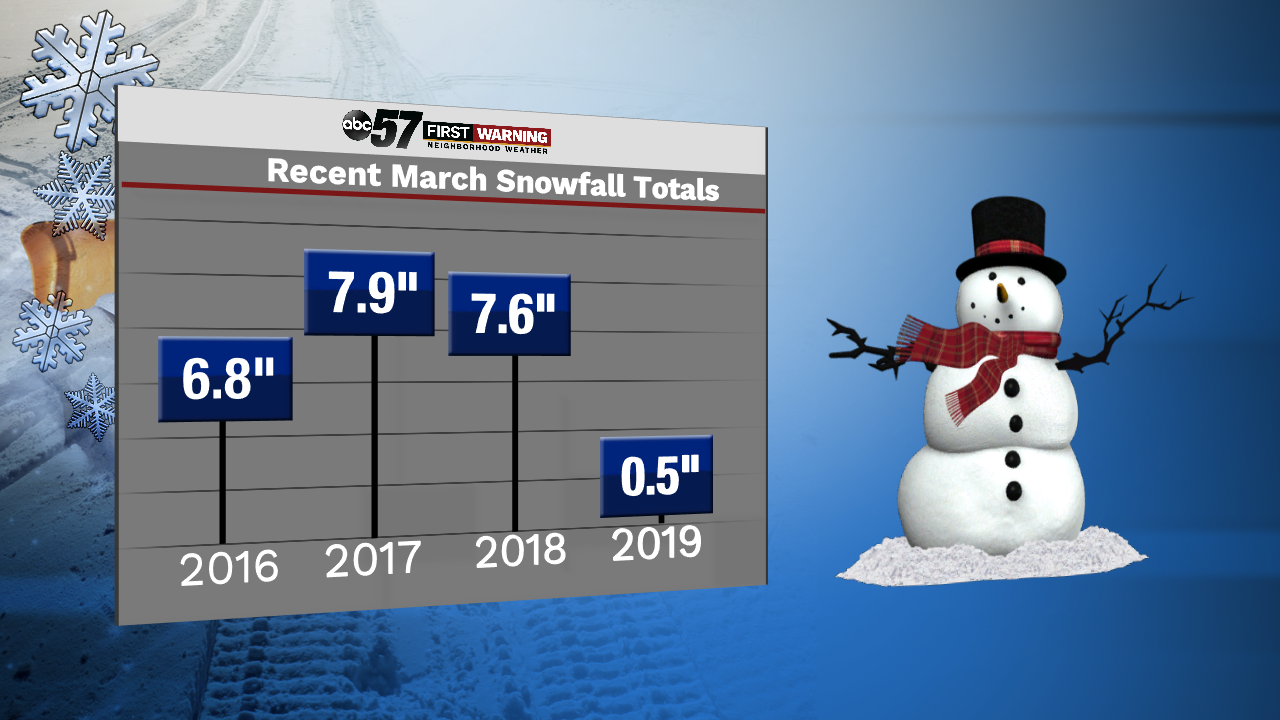 Total snowfall for each of the last four March's in South Bend.
So clearly we are no stranger to seeing snow -- including hefty snowfalls -- during March. Sure, most of the "big-time" March's for snowfall happened decades ago. That's a true statement.

But if you look at the last several years, 6 of the last 7 have seen at least a half foot of snowfall. 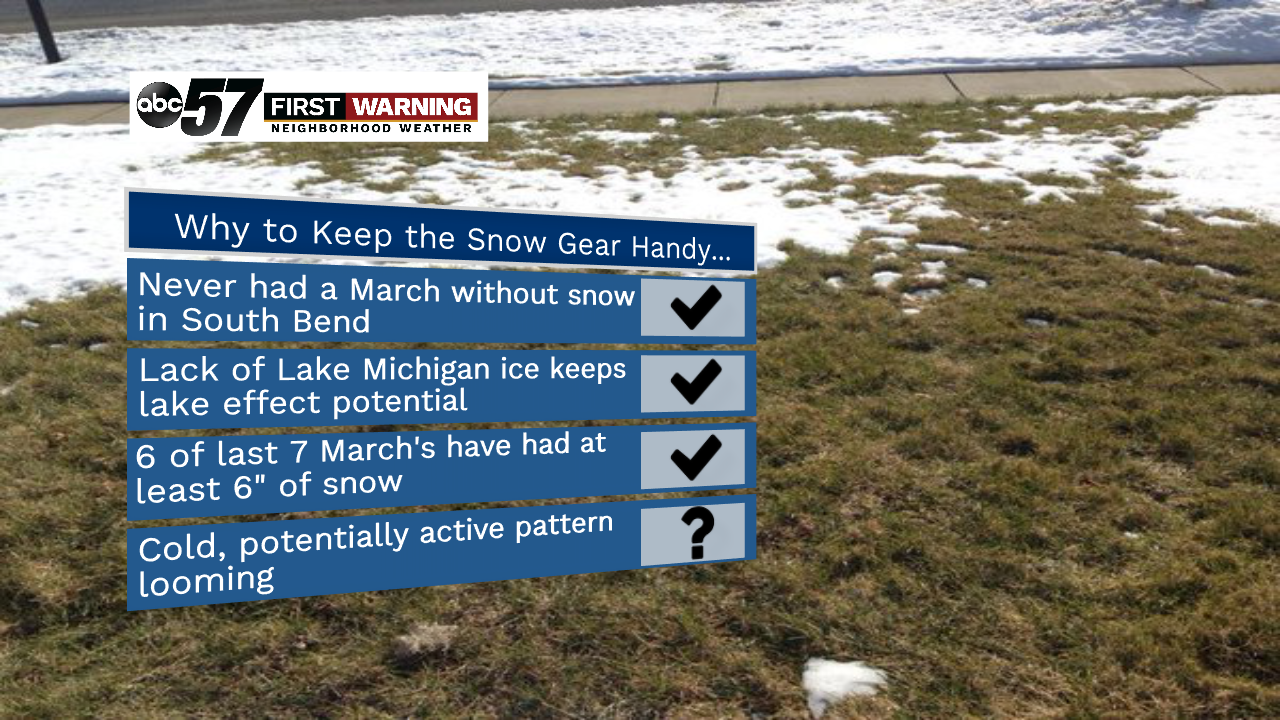 In addition, South Bend has not had a March without snowfall in recorded history. And those records take us all the way back to the 1890s!

It's also important to remember that Lake Michigan is ice-free, which keeps the lake effect threat there whenever cold air rushes over the lake.

But that's not all. Looking ahead to the last few days of February and at least the first half of March, the pattern looks colder than normal and quite active. That could certainly spell several shots at snow.

So we suggest keeping the snow gear, the snow shovel and the salt handy. Don't put it away juuuuuust yet!