Heroin use on the rise in U.S. 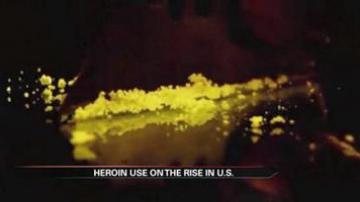 Heroin use in the United States has sky-rocketed in recent years. At the current pace experts say heroin use will reach epidemic levels.

In Delray Beach, Florida, often dubbed the recovery capital of the United States, police say they seized more heroin in the first two weeks of 2014, than in the last 10 years combined.

"I've been here over six years and literally this is the first year that I can remember seeing this many people coming in here with an addiction to heroin," said Robert Parkinson of the Beachcomber Rehabilitation Center

Drug experts say the spike in heroin use is partly due to closing down pill mills. People are now turning to heroin to get their high.