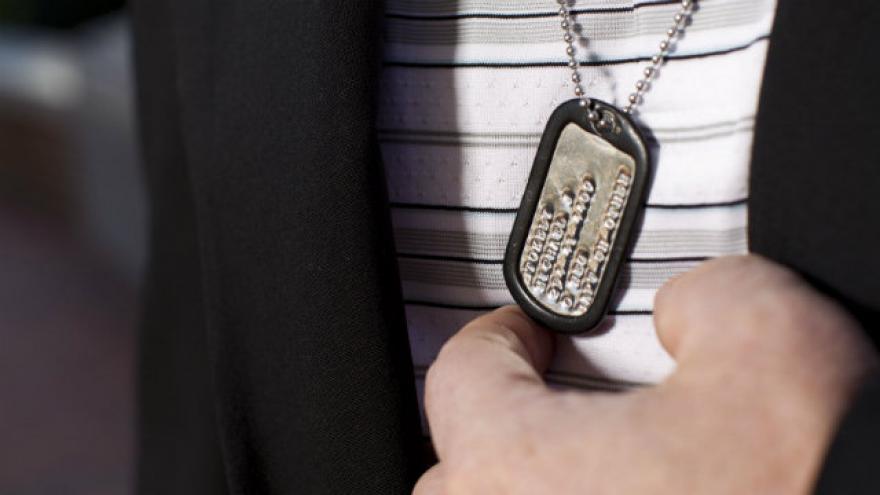 On Monday, the 33-year-old historian was sentenced in federal court to 364 days in prison for stealing the artifacts. He sold most of them on eBay and elsewhere, the Department of Justice said.

Since 2012, DeHays had been sneaking out of the College Park, Maryland, facility with the artifacts. He took at least 291 dog tags of American soldiers whose planes were downed in Europe during WWII. He also took 134 other items, which included identification cards, a bible, and pieces of downed US aircraft, the DOJ said.

Certain dog tags were "burnt and show some stains of fuel, blood . . . very powerful items that witness the violence of the crash," he told a potential buyer in a text message.

DeHays also described a dog tag as "salty" as he tried to explain its war-related damage and mentioned a "partially burned" American Red Cross identification card when he texted another potential buyer.

"Some of these dog tags bore evidence of damage, such as dents and charring due to fire sustained during crashes of Allied aircraft that were shot down or crash-landed within German-controlled areas of Europe during World War II," the Justice Department said in a statement.

Before selling the dog tags, DeHays would remove the pencil markings that linked the items to the National Archives.

The historian also exchanged the relics for experiences.

He gave a brass dog tag to a military aviation museum in exchange for the chance to sit inside a Spitfire airplane, the DOJ said.

The tag had been issued to a Tuskegee airman, who died in 1944 when his fighter plane crashed in Germany.

A federal judge ordered DeHays to pay $43,456.96 in restitution to those who bought the stolen items. He was also sentenced to three years of probation and 100 hours of community service.

"The theft of records from the National Archives amounts to stealing from the American people, and it merits a severe penalty whenever it occurs," US Archivist David S. Ferriero said in a statement.

"As a veteran, I am disgusted that anyone would steal records and artifacts documenting those captured or killed in the service of their nation," he added.

It's unclear whether the tags already have been recovered.