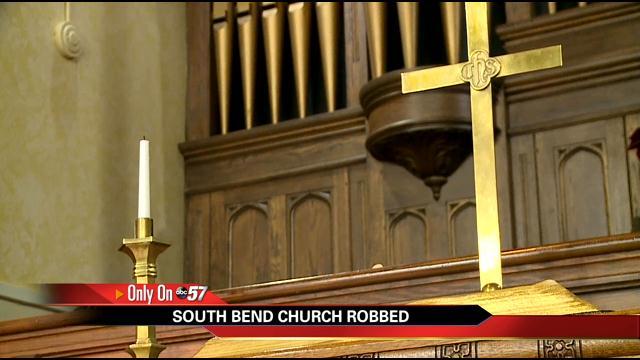 The oldest African-American church in South Bend, Olivet A.M.E, was burglarized and thousands of dollars worth of sound equipment was stolen.

South Bend Police Captain Phil Trent says officers responded to the church early Monday morning to a report of a burglary at the church on Notre Dame Avenue.

Pastor Rick Jackson says when he walked into the church to see the door busted open and the entire sound system missing, he was shocked.

"We just cannot, we cannot understand why someone would do this," says Jackson.

"This sound system was actually donated by the daughter of a pastor that passed away this year so this was sort of like a tribute," says Jackson.

Pastor Jackson says he's working on finding a positive side to this bump in the road.

"I believe there is a message in this," says Jackson.

If you know anything about this crime, you're asked to call South Bend Police Department.