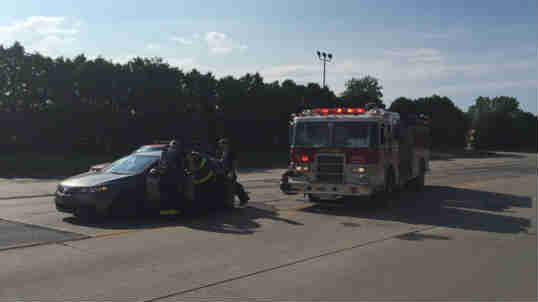 The crash happened on Bendix Road near Maple Lane Apartments around 6:00 p.m.

Witnesses say a woman in a gold car was waiting to turn into the apartment complex when a man driving a black car behind her hit her vehicle.

The man in the black car left his vehicle to run on foot into the apartment complex to find a place in the buildings to hide, according to the witnesses.

Another woman arrived at the scene to confirm that the black car driven by the man was actually her rental car.

It is unknown at this time if the black car was stolen or if the woman knew the man who was driving it.
Share this article: