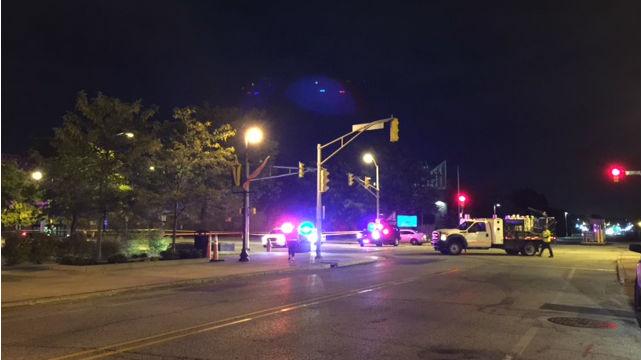 Police are investigating a hit and run that sent two people to the hospital Saturday around 9 p.m.

The victims were identified on Monday as 45-year-old Sharif Elnaggar of Baton Rouge, Louisiana and 34-year-old Wendy Mills of South Bend.

On Monday ABC57's Alexandra Koehn talked to Mills on Facebook before she went into surgery at Memorial Hospital.

According to her Facebook posts, two Good Samaritans risked their lives to run out into traffic to shield the couple from oncoming traffic.

Amanda Govaert said, “And we ran over as fast as we could. when we got to the scene. Sharif was lying on the ground with pretty traumatic injuries and Wendy was screaming as you can imagine.”

Govaert said she was with her boyfriend Ryan celebrating their anniversary around the corner at the South Bend Chocolate Factory when they saw the crash.

Govaert was worried about another car striking the injured couple.

Govaert said, “We both felt really hopeless in the situation, I mean Ryan called 911 while I rubbed her back and said everything was going to be okay, and we made sure no one else would hit them.”

Govaert said she saw what looked like a dark-colored car flee the area.

Govaert said, “The person didn’t even have enough guts to stop and own up to what they did. We’re still kind of in shock that somebody could do this.”

Mills and Elnaggar are still in serious condition and recovering from surgeries.

Mills posted on Facebook about the incident: “I have 3 broken limbs, but it's nothing compared to the sight of your love and the father of your children immobile, wheezing, bleeding in the street with broken bones.”

The Fatal Alcohol Crash Team comprised of officers from all over St. Joseph County is investigating.

Police urge anyone with information about the incident to contact Capt. Tim Spencer at 259-2966.

A GoFundMe page has been set up to help the couple's medical expenses.