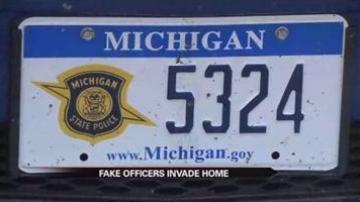 WATERVLIET, Mich. -- Shortly before 10 p.m. on Wednesday, a house along North M140 was invaded.

Two men claiming to be police officers asked to enter the house. After the homeowners let them in, they detained the couple living there.

They stole an undetermined amount of money and escaped in a dark-colored Buick. This all happened just a few feet away from the Watervliet Township Police Department.

And that has others in the area on edge.

Neighbors nearby didn't want to go on camera in fear that their houses might be targeted next. This is the second time this has happened in six months.

The incident is still under investigation by the Berrien County Sheriff’s Department.