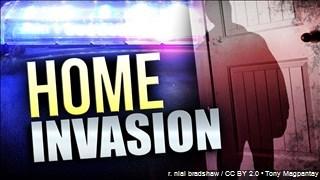 A Van Buren County deputy responded to a residence for two subjects that had allegedly broken in.

The suspects were at the home when Deputy Dan Perkins arrived.

The officer confronted the first suspect, 23-year-old Rachel Fox, outside of the residence.

He says she then ran into the residence and then back out on the opposite where Deputy Perkins found her.

She was able to jump into a vehicle and flee the scene, the officer said.

He attempted to pursue her but she was lost.

The deputy said he then went back to the residence to question the second suspect, a male, who was getting ready to flee.

Meanwhile, Sergeant Dan Abbott came across the first suspect’s vehicle shortly after that and a pursuit was initiated.

It eventually ended after Fox couldn’t make the turn and drove into the ditch.

Fox was arrested and a report is being sent to the Prosecutors Office for review and charges.