Home prayer meetings cause conflict in an Elkhart neighborhood 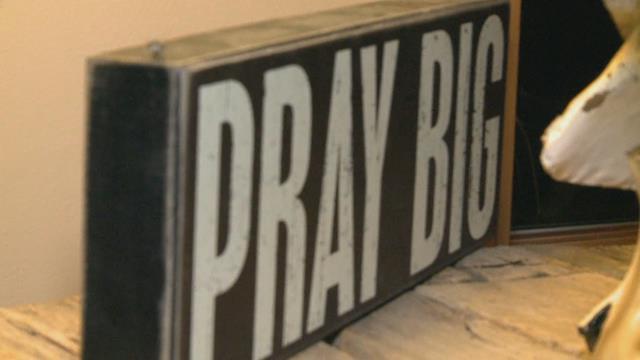 The Carters and the Smiths may “love thy neighbor,” but that’s only because the bible tells them to.

As fellow Christians, the next door neighbors in the Auburn Estates neighborhood in Elkhart, agree on many things. But the one issue they don’t agree on is causing a lot of conflict in their cul-de-sac.

Every Thursday the Smiths, both local pastors, hold a prayer meeting at their home. It’s something the Carters don’t like.

The Carters say their biggest issue is the parking situation during prayer meetings.

They say they’re worried responding vehicles wouldn’t be able to get through if there’s an emergency. An issue the Carters have brought to county officials.

According to our reporting partners at The Elkhart Truth the county’s zoning board has sent notices of violation to the Smiths for the parking issue.

But the Smiths say they never got them and when they contacted the zoning board they were told they weren’t breaking any laws.

“I don’t have to get along with anyone I just want peace and quiet,” said Carter.

But if quiet means no more prayer meetings in Arbor Estates the Smiths say, don’t expect the word of the lord to be hushed anytime soon.

“You should have the right to do what you want in your own home,” said Smith.

“If we cave in on giving up having a prayer meeting then whose doorstep will this controversy land on next,” said Valerie Smith.

The Smiths and the Carters say they are most concerned with the law and if they find out they are wrong they are willing to back down.