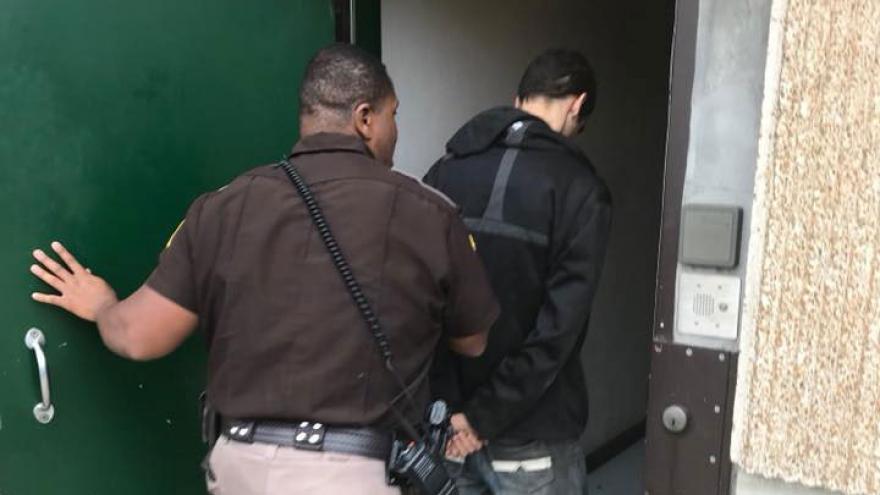 LA PORTE COUNTY, Ind. -- The La Porte County Sheriff's Office is searching for a suspect in an attempted burglary at a home in the 7500 block of CR 900 S early Friday morning.

The homeowner called deputies around 12:40 a.m. after he interrupted a burglary to a pole barn on his property.

The homeowner told deputies he saw someone with a flashlight near a vehicle behind his home.

He grabbed a rifle, went outside and located the suspect in his pole barn.

During a physical confrontation, the suspect pulled a handgun, which the homeowner wrestled away from him.

The suspect broke free and fled from the scene.

Multiple units, including a bloodhound from the Porter County Sheriff's Office responded to the scene to search for the suspect.

The K9 team lost the scent of the suspect approximately two miles from the scene before losing the track.

The suspect is described as a light skinned black male, 6'0" tall and thin build with tattoos on his hands. He was wearing a dark color hoodie, blue jeans and was carrying a backpack.

The victim received minor injuries in the confrontation and believes the suspect may have been injured as well.

Around 9:30 a.m., a resident who lives in the area of CR 800 W contacted 9-1-1 after seeing someone matching the description of the burglary suspect.

A deputy who was in the area spotted the suspect in a field near the 6600 block of CR800 W.

The suspect attempted to flee, but the deputy was able to take the suspect into custody.

He was identified as 26-year-old Charles Appleberry.