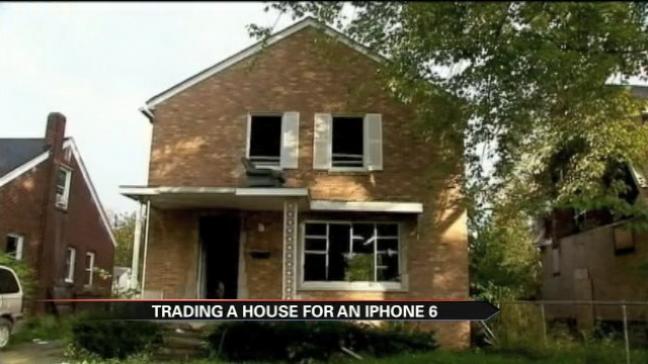 A Detroit homeowner is looking to sell, but after months with his home on the market, he says he is not after money anymore.

The owner says he will swap his three bedroom, one and a half bath colonial for an iPhone 6.

He says it might be a fixer-upper, but there are a few gems in the home including a finished basement, outdoor garden, and a view of the city from the patio.

The home dropped to $3,000, or the cheaper price of the latest Apple smart phone and many people are interested.

“I've had an offer for an iPhone 5. We are not accepting the iPhone 5 offer,” said Larry Else.

“I love it, the house is bigger than it looks from the outside. I think I can turn this house into a thing of beauty,” said prospective buyer Sean Washington.

There is a small catch for whoever buys the home: they will have to pay $6,000 in back taxes.

The home will not be on the market forever, because Else says the home could be foreclosed on within the year.