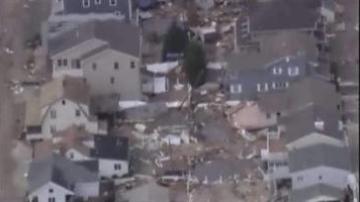 It looks like calling Sandy a “Superstorm” as opposed to a hurricane could save homeowners thousands.

Homeowner’s insurance policies in coastal states often have a clause against damage caused by a hurricane.

New York's governor has said insurers should not treat Sandy as a hurricane because it did not have sustained hurricane force winds when it hit New York.