NAPPANEE, Ind. - A 4-hour standoff situation has resolved in Nappanee where one man was taken into custody at the scene. 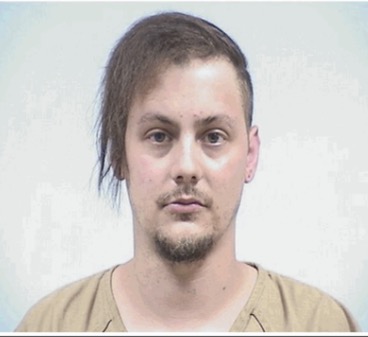 When police arrived to the home on Snowberry Circle just before 10 p.m. Saturday, a woman told officers her husband, Gary Mettert III, was inside looking for his revolver. Neighbors said Mettert had reportedly threatened to shoot and kill them as well.

Leon Frye lives just doors down from the focus of this incident. "She came out, like, three minutes later. She said everybody get out of the street, get out of the road, get in your house because he's looking for his gun. He says he's gonna come out and he's gonna shoot everybody," said Frye.

Police say contact with Mettert wasn't easy as they made multiple unsuccessful attempts to reach him inside the residence.

An armed perimeter was set around the home and the Elkhart County Emergency Services Unit tried to persuade him to surrender. Those attempts with the PA system also rendered unsuccessful.

Police then deployed "less lethal" gas canisters to drive Mettert out of the home where he ultimately surrendered peacefully.

He was arrested and booked in the Elkhart County Jail on charges of domestic battery, resisting law enforcement, and intimidation.

However, neighbors like Frye and Monica Miller who have lived on that road for more than four years, say this incident makes them question the safety of the area, especially with Monica having a 6-year-old son. "I've lived out here for almost five years and nothing like this has ever happened. I've seen, maybe, a couple of break-ins out of five years and this is right next door? What's to say he's not gonna do it again?" she said.

All of the neighbors ABC57 talked with note that their road is normally quiet they have never seen anything like this before.

They also say that Mettert and his wife, who had been living there for a short period of time, were quiet just like the rest of the neighborhood and kept to themselves.