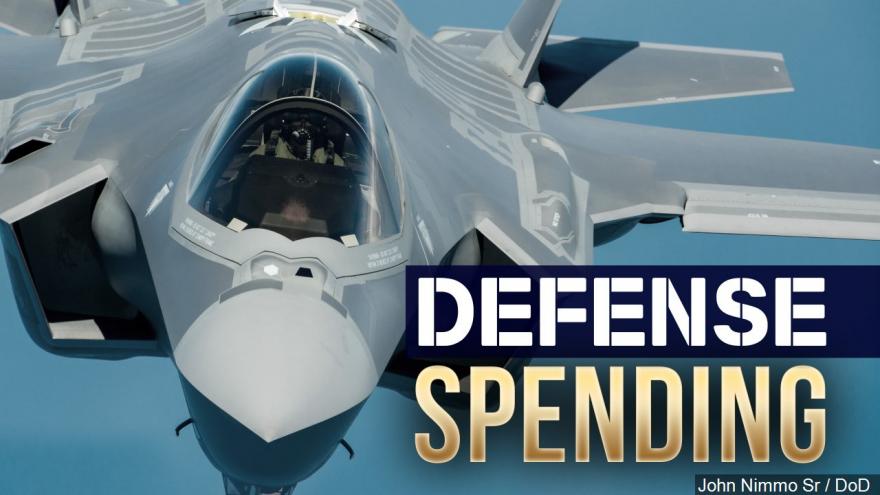 WASHINGTON (AP) — The House on Thursday approved a $675 billion spending bill for the Defense Department that includes a 2.6 percent raise for the military.

The 359-49 vote sends the bill to the Senate, where the Senate Appropriations Committee approved a similar measure this week.

The House bill provides $146 billion for equipment and upgrades, including $22.7 billion for 12 Navy ships, two Virginia-class submarines and three fast-moving littoral combat ships. The relatively small ships are intended to operate in congested areas near the shore against small boats and mines.

The bill also includes $9.4 billion for 93 F-35 aircraft and more than $4 billion for Black Hawk, Apache and other helicopters.

Rep. Kay Granger, a Texas Republican who chairs the defense appropriations subcommittee, said the bill provides the military with needed resources "to respond to and deter threats from countries like Russia, China, Iran and North Korea, and also counter violent extremists throughout the world."

The bill includes an amendment by Arizona Democratic Rep. Ruben Gallego to bar the Pentagon from buying goods or services from Chinese telecommunications giants ZTE and Huawei. ZTE is accused of violating trade laws by selling sensitive technologies to North Korea and Iran. Huawei has ties to the Chinese government and is considered a security risk.

"Broad majorities of Democrats and Republicans in Congress know that China has led a dedicated and long-term campaign to steal American secrets, techniques and know-how," Gallego said in a statement. He called his amendment "a small step in a larger fight to build a comprehensive strategy to defeat and deter Chinese attacks on our national and economic security."

President Donald Trump met with Republican lawmakers last week after the Senate moved to block a White House plan to allow ZTE to buy component parts from the U.S.

Scrutiny over the ZTE agreement comes as the Trump administration has been engaged in a sweeping trade dispute with China. Trump has ordered tariffs on $50 billion in Chinese goods in response to Beijing's forced transfer of U.S. technology and intellectual property theft.

Over the last five years, aviation accidents have led to the deaths of 133 Americans, Ryan said — a "grave trend" that the bill seeks to reverse. The bill includes nearly $246 billion to boost training, maintenance and other military readiness programs.

"We're taking steps to make sure more lives aren't lost because of outdated, subpar equipment," Ryan said, adding that lawmakers were "keeping our promise to build a 21st century military worthy of the sacrifices made by the men and women who serve."

"This is a direct result of the lack of resources available for training, maintenance, modernization and other essential readiness programs," Wittman said, calling the numbers of deaths unacceptable.

"We are finally getting our readiness back on track and providing our service members with the resources they desperately need. We can't afford to stop now," he said.

The White House said it generally supports the House bill, but said the plan to buy three littoral combat ships was unnecessary. In a statement, the White House urged Congress to buy just one of the nimble ships at an expected cost of $647 million, saving at least $950 million.

Construction of one littoral combat ship in the next fiscal year, combined with three ships funded this year and three more approved in 2017, would keep U.S. shipyards "supplied with ample work to remain viable for the U.S. Navy Next Generation Frigate FFG(X) Program," the White House said.

The White House also objected to a proposed $3 billion cut in the military's operations and maintenance accounts, and $245 million in cuts to advanced munitions.