House Democrats looking to crack down on overdraft fees 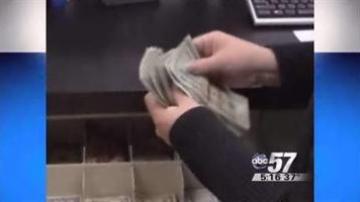 House Democrats are looking to crack down on overdraft fees.

They're unveiling legislation that would limit when and how banks can charge overdraft offenders.

The average overdraft fee is about $28.

The legislation aims to cap fees at six per year and it will require ATM’s to notify you if your transaction is going to trigger an overdraft.