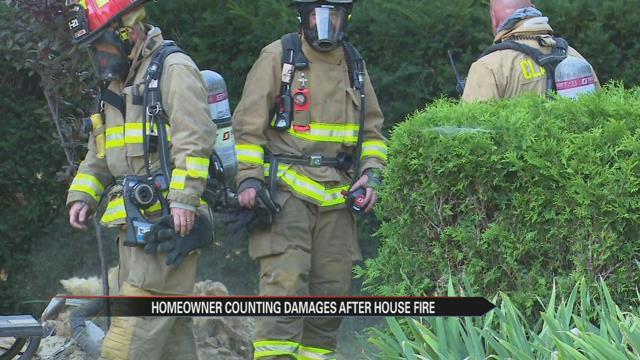 One St. Joseph county man is working overtime to pick up the pieces after a fire breaks out in his home.

The owner says he’s looking at spending hundreds of dollars to patch up his living room and maybe thousands to restore the entire home to what it once was.

Fire crews say it’s fortunate Clay Fire Station No. 21 was just over a block away from the house in flames.

A busy scene backed up Cleveland road for hours.

Resident Tom Burnett’s house was at the center of the scene.

The aftermath of it all left him devastated.

“The house isn’t a total loss but there is a lot of smoke damage to the residence but the actual fire was contained to the room that it started in,” said Hurley.

The living room was scorched and furniture, appliances and memories were all lost in the fire, on a holiday no less.

And now Burnett will work tirelessly to rebuild after smoke settles.

Burnett says his home was not insured so a few members from the community are helping him.

One pastor started a GoFundMe page. You can click here to help.