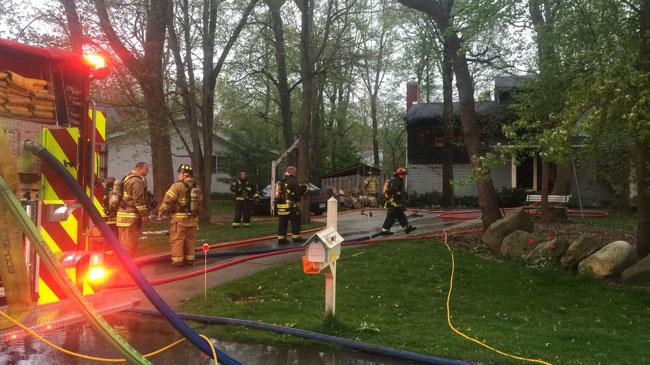 No one was injured when a house on Whispering Oak Drive in Penn Township caught fire Wednesday evening, according to the Penn Township Fire Department.

Penn Township firefighters were called to the scene at 7:21 p.m.

When they arrived, they found heavy fire in the front of the house. It blew out several windows and the front door of the two story home, fire officials said.

The interior and exterior of the home was heavily damaged by the fire.

All of the residents and their pet were able to escape unharmed.