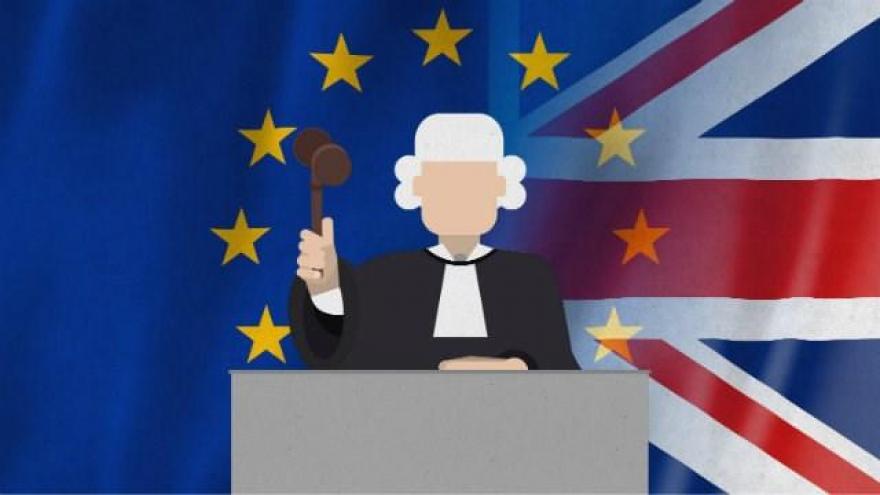 Now that the legislation has been approved by the House of Commons, it will be put before the House of Lords for a final decision later this month.

Members of the House of Commons had already voted overwhelmingly in favor of the bill to kick off Britain's divorce from the European Union in its initial readings, and a seven-hour debate on amendments preceded the final vote, which was 494 MPs in favor and 122 against.

David Davis, the secretary of state for exiting the European Union, called the vote "historic."

"It has been a serious debate, a healthy debate, with contributions from MPs representing all parts of the UK, and I respect the strong views on all sides," he said.

"The decision on EU membership has been made by the people we serve," he said. "It is now time for everyone, whichever way they voted in the referendum, to unite to make a success of the important task at hand for our country."

The leader of the main opposition Labour party, Jeremy Corbyn, has mandated his MPs to support the bill. But a sticking point remained over how much say MPs will have on a final Brexit deal with the EU.

May's government had promised MPs a "meaningful vote" on a final deal, but on Tuesday a Downing Street spokesperson said the vote would be a "choice between accepting a deal or leaving the EU with no deal."

Of particular concern to MPs is Britain's future trade relationship with the EU once the country leaves the union's single market, essentially a free-trade zone.

Labour MP Liz Kendall referred to the "take-or-leave-it vote" as "a con" during Prime Minister's Questions on Wednesday.

She said that MPs would get their vote before the European Parliament began its own Brexit debates.

May has vowed to trigger Article 50 of the Lisbon Treaty -- the legal mechanism to begin the EU withdrawal -- by the end of March.

An attempt by her government to bypass parliament to trigger the article was thwarted by a legal challenge that went all the way up to the Supreme Court.

The House of Lords has two options: Approve the bill after several readings and debates and pass it on for royal assent to be signed into law; or make amendments and send the bill back to the House of Commons for further debate and votes.