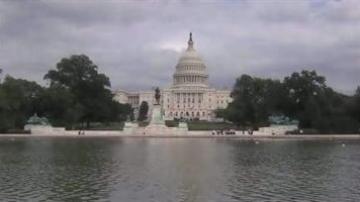 WASHINGTON, D.C. — The House Republicans will meet on Wednesday to talk about immigration reform.

There is no consensus among Republicans on who should be able to apply for citizenship.

House leaders say that bill is a non-starter in their chamber. They plan to craft their own legislation.

House Speaker John Boehner spoke about an aspect of reform he considers to be important.

"We all believe that if we are going to go forward with immigration reform, the first big step is we have border security," Boehner said. "Because without serious border security, what you're going to end up with is the same thing we saw after the 1986 Act."

President Obama has said he would like to have an immigration reform bill to sign by the end of the summer.