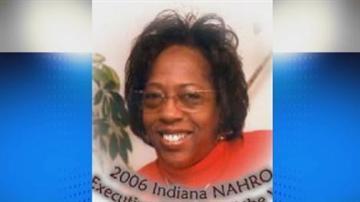 For more than a week ABC 57 News has been sorting through stories of harassment, discrimination and abuse of power happening at the South Bend Housing Authority after more victims came forward.

Executive Director Marva Leonard-Dent, who has been accused of sexual harassment by two of her co-workers, has not been put on leave during the board's internal investigation and employees want to know why.
"There again, it's too early in the process from our perspective and our legal counsel," says South Bend Housing Authority Board Member Rafael Morton.
The agency started an internal investigation when Archie Robinson III, a contractor working for the Housing Authority came forward for the first time publicly with allegations that Leonard-Dent was sexually harassing him.
A part-time security guard, Lt. Marcus Wright of the South Bend Police Department, also came forward saying he too had been sexually harassed by the Leonard-Dent.
Since then the board has met behind close doors, holding four executive sessions to review each of the allegations and discuss how it plans to proceed.
"We continue to meet with our legal counsel and we are internalizing their advice and deciding what our next steps will be," says Morton.
However, many workers say the board's slow response is proof it is not taking the allegations seriously.
"The reason why it is taking time and will continue to take some time is because of the level of seriousness in which we are taking the allegations," says Morton.
To make matters even more complicated, the board has just welcomed a newly-appointed member and is expecting up to three more in near future.
Morton says the new commissioners will have to review the allegations and the investigation's findings before the board can make a decision regarding Leonard-Dent's future with the Housing Authority.