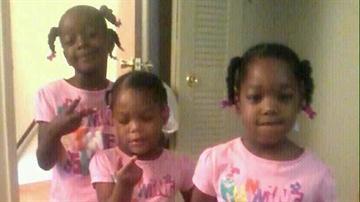 SOUTH BEND, Ind. -- Two days ago two young girls died in a fire at an apartment owned by the South Bend Housing Authority. They are leaving the investigation to fire officials and police and are turning their attention to helping the family.

"More facts will be coming out in the future and we will deal with those facts when they come out,” said George Byers, Executive Director of the South Bend Housing Authority.

The apartment's owner, the South Bend Housing Authority, says it does full inspections on its units 2 to 3 times a year. Those inspections include checking the electric smoke detectors.

We asked to see the inspection logs, and the leasing agreement,  but the director declined because he says they're focused on helping the family for now.

"We are working to see if we can set up some kind of account to help bury the babies that died in the fire. We realize there was loss of life and we are just focusing on that right now,” said Byers.

Tenants we spoke to say the housing authority is strict about leasing rules.

Torika Tibbs has lived there for two years.

"You can't blame them though I mean it's a low income apartment and you're basically staying for free,” said Tibbs.

The funeral which is open tgo the public for the two sisters will take place Saturday at Pentecostal Cathedral on Western Avenue in South Bend.