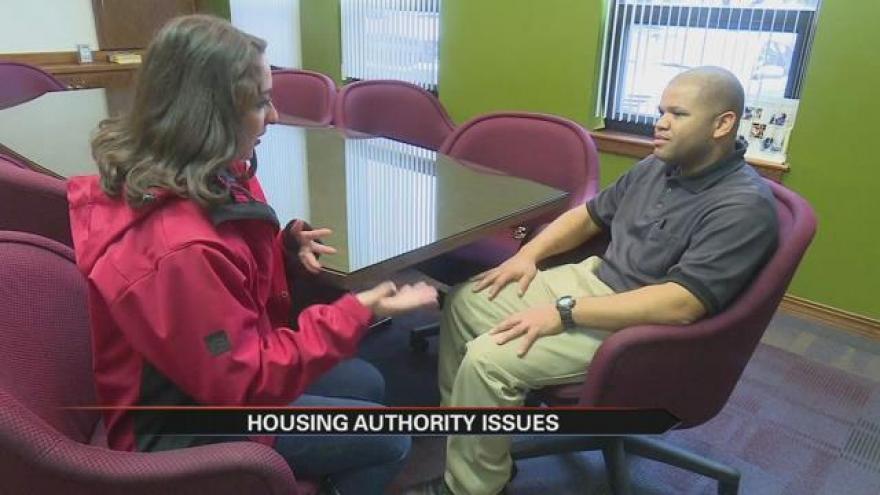 Monday, Jerome Bullard told ABC57 news he had been reaching out to the Housing Authority. His wife, Victoria, added that she had even tried calling Mayor Buttigeg.

ABC57 received a statement from the mayor's office, saying that they are looking into this.  In part, it explained "the Mayor takes issues at the Housing Authority very seriously, even though it is not a City department, and he has requested a full briefing on how these issues will be fixed going forward."

Meanwhile, the Housing Authority is saying that some of this had to do with bad communication.

"I wasn't aware of the situation until it aired on the news,"says Housing Authority's Asset Director, Albert Smith.

He told ABC57 that he was surprised to learn that Bullard had been living without heat, for over a month and a half. He and Victoria said, they had finally had enough.

"It's warmer outside than it is in here," says Victoria Bullard. "That's just ridiculous."

"I noticed that it was out on December 8. We rectified the situation he had with the fuse, and took care of that," explains Smith. "We hadn't heard from Mr. Bullard until January 13, when his wife called and said he had no heat."

He played a message from Victoria, dated January 13, saying that was the only call he had from them.

But screen shots from Victoria's phone, show at least two of her calls to the office, were before then.

Smith says those went to the main switchboard, and is looking at that communication breakdown.

He wants to make it clear, he wants to be there for the community.

"We're taking our residents into consideration and making sure that things get done," says Smith. "The focus now is getting things in the right place."

Smith adds if there are any issues, the office does want to hear about it.