How likely is mosquito-borne transmission of Zika in Michiana? 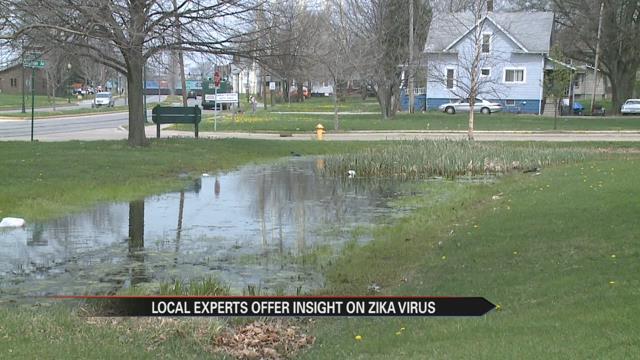 National health officials are saying the potential for Americans to contract mosquito borne Zika virus here in the United States will soon be likely.

The Center for Disease Control has reported this map highlighting areas where active transmissions of Zika have been reported.

Some U.S. travelers have come back from countries infected with the disease but we are yet to have a case of a mosquito caring the disease here on U.S. soil.

Health officials are predicting that could all change but how likely it is to hit Michiana.

“It’s pretty unlikely we will have any active transmission in our area,” says Dave Severson a Professor of Biological Sciences at Notre Dame University.

But that won’t stop researchers from studying the effects the virus has on the western world.

They don’t live in Michiana but they aren’t foreign to the U.S.

“There is a risk probably sometime late summer there could be some transmission in southern Florida,” says Severson.

There are still higher concerns of catching Zika in one of the Latin American countries outlined by the CDC.

But as the weather gets warmer Severson says some of our country's southern states could soon be highlighter.

“I can almost guarantee we will have traveler cases come back to the area,” says Severson.

So at this point Zika is not likely to hit Michiana but Matt Bottoms with the Elkhart county health department says that doesn't mean they’ll stop keeping an eye on the insects that can act as disease carriers.

"We do adult trapping a couple times a week in various sites throughout the county where we collect adult mosquitoes and traps and send them to the state health department to be tested for various viruses," says Bottoms.

The most threatening side effects of Zika are to fetuses and newborns.

A pregnant woman can pass Zika virus to her fetus and it causes birth defects.