How long will the snow stick around?

NOW: How long will the snow stick around?

We have seen several inches of snow here in Michiana over the past couple of weeks, and now with warmer temperatures in the forecast, people are wanting to know how long the snow will stick around. In order for us to make that determination we have to look at a few key factors that contribute to this process.

The first thing we look at is air temperature and wind. Temperatures need to be above 32 degrees to kickstart the melting process. This doesn't mean once temperatures jump above 32 snow immediately starts to melt, it takes time. This is a topic we will cover later in this blog. Wind is important, because winds transport heat throughout our atmosphere. Here at the surface, if we have a few days with breezy winds, heat transports over our snow pack more efficiently, thus speeding the melting process. 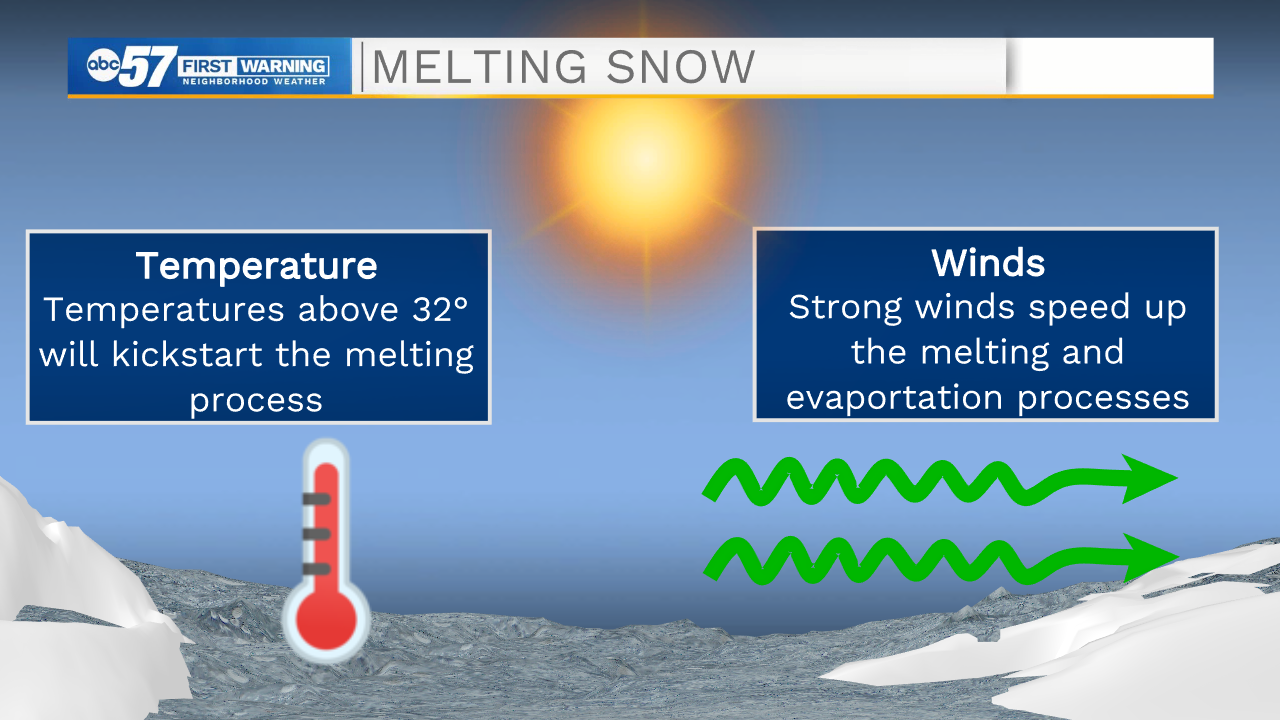 Second, we look at two forms of radiation. The first form is shortwave radiation (solar radiation), which is produced by the sun. On days where skies are clear and there is no cloud cover we receive more solar radiation which helps melt more of our snow. Cloudy days do the opposite. The next form of radiation is longwave (earths radiation). The core of the earth is very warm, this warmth travels through the earth's layers and is emitted at the surface. When there is lots of snow on the ground this radiation gets trapped. This is why air temperatures, especially during the night time, stay on the colder side when there is layer of snow on the ground. This then contributes to slowing the melting process. 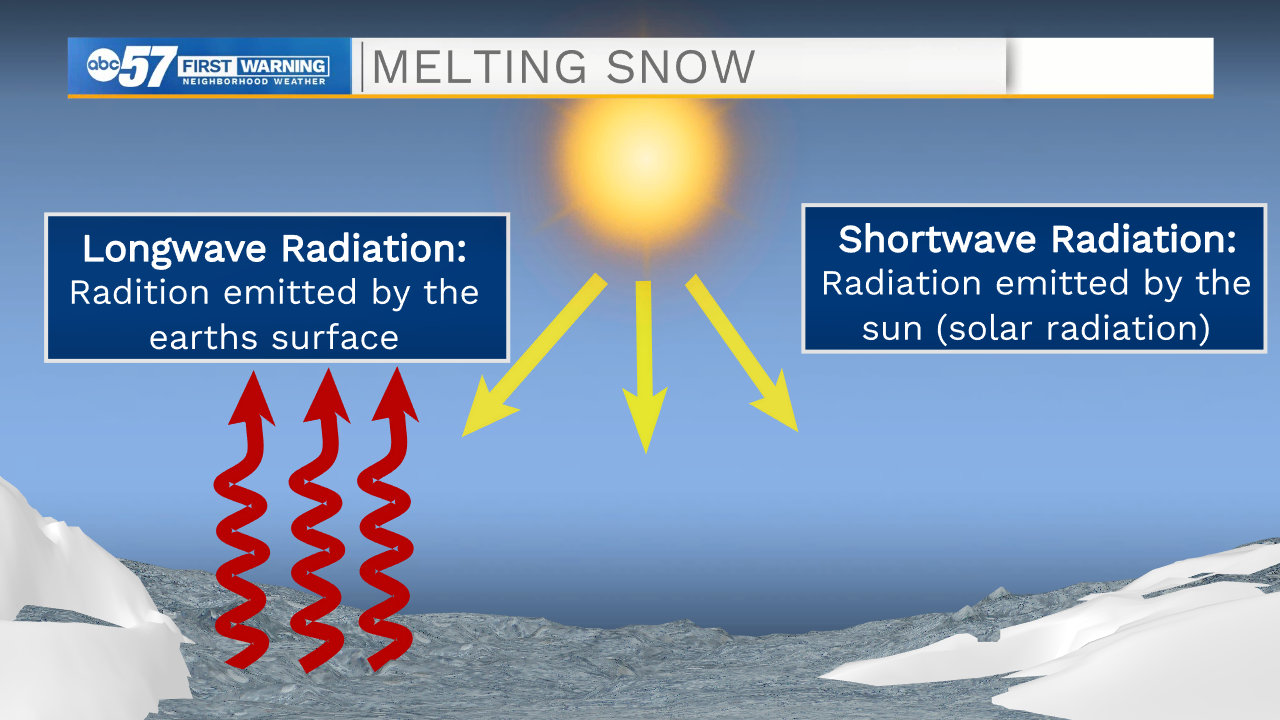 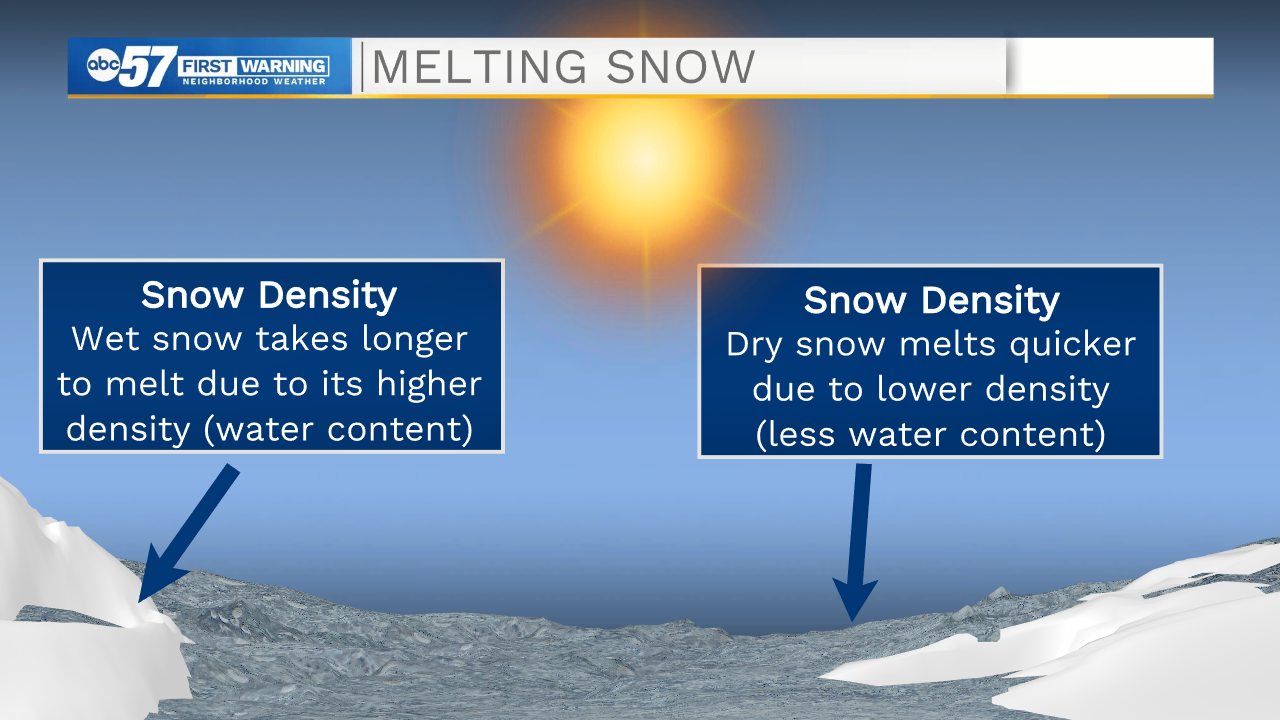 Fourth, we reference the term albedo. You probably will never hear us throw this term out during our regular weather forecast, but it is important when talking about snow melt. Albedo is the measure of an objects reflectivity. The scale for albedo ranges from 0 to 100. Snow has a very high albedo at 99. What is the snow reflecting though? The snow reflects the shortwave radiation produced by the sun that we were just talking about. This naturally will hinder the melting process. This is also how you can catch a sun burn on a sunny winter day. If you are outside working or playing in the snow for a longer period of time, the suns radiation reflected off the snow will cause the sun burn to occur. 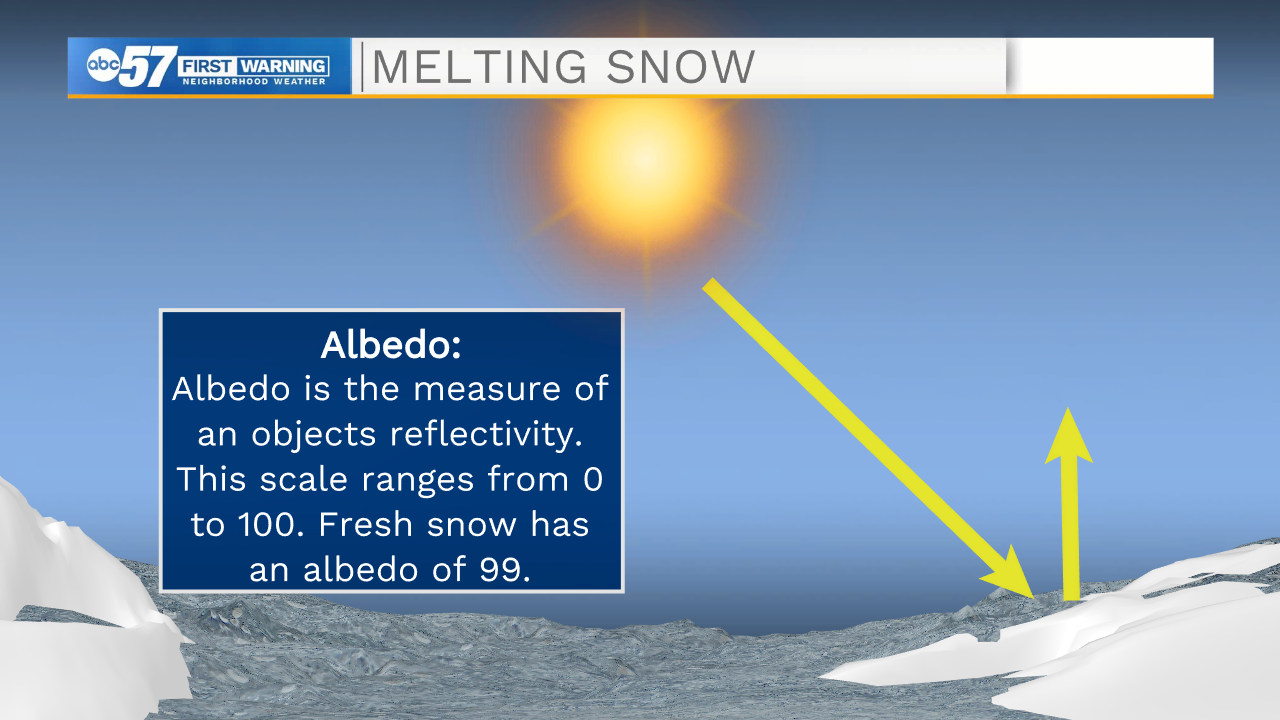 Last but not least is latent heat. Latent heat is the most important factor that determines how long snow will stick around. Latent heat is the measure of energy needed to change the state of matter. For example, changing a solid to a liquid and a liquid to a vapor. To better explain this process think of pulling an ice cube out of the freezer. In the freezer temperatures are below freezing and the ice cube is a solid, now you pull the ice cube out and put it on the counter in a room that is roughly 70 degrees. That ice cube stays a solid, it doesn't immediately turn to a liquid, this is because it takes time for the cube to gain heat energy enough to turn to a liquid. This is the latent heat process. When there is snow outside and it's 40 degrees the snow doesn't immediately melt, just like the ice cube. 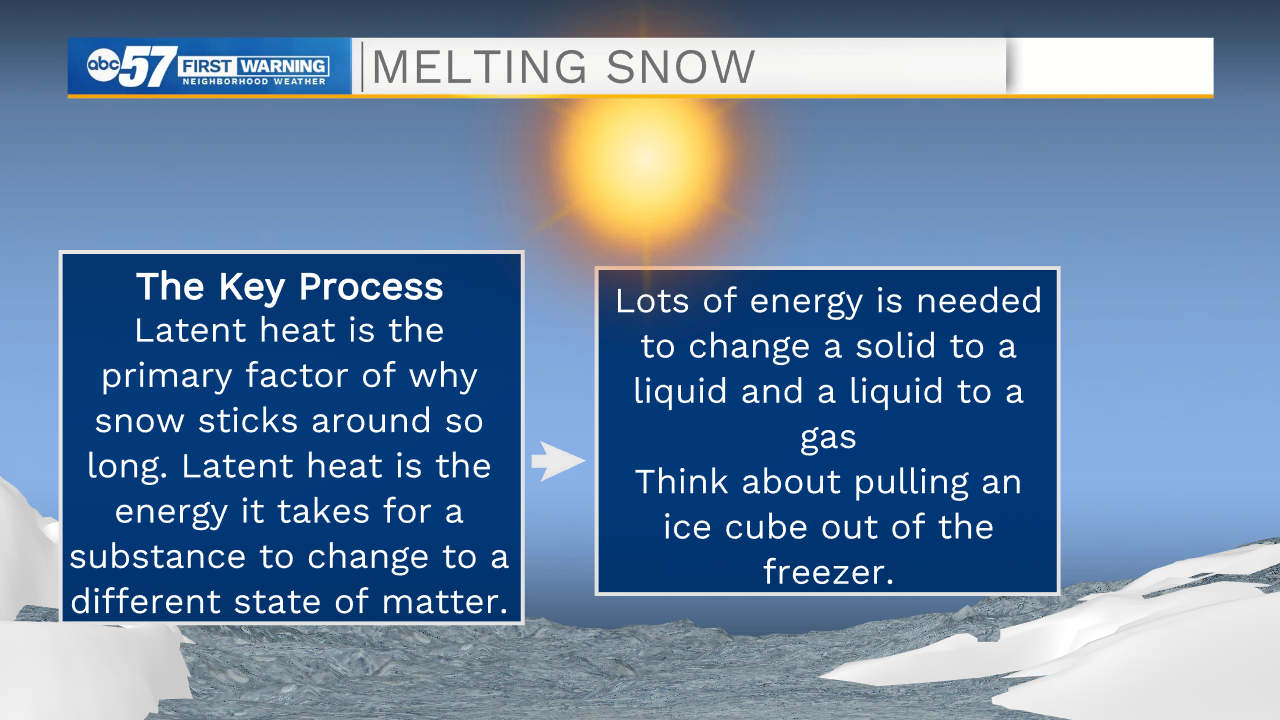 So as we look at all these factors and the weather conditions in the forecast, we will likely see most of the snow on the ground melt by mid to late next week.