How table tennis turned into an Olympic dream 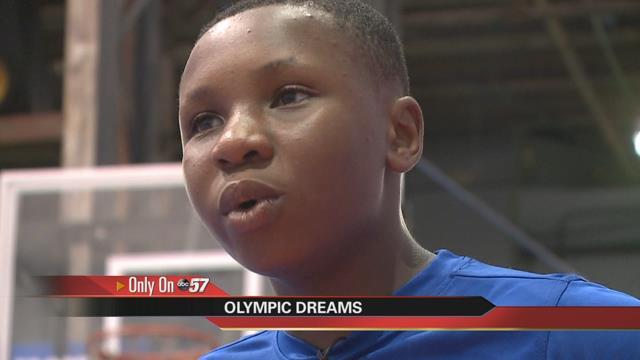 SOUTH BEND, Ind. –  Two young boys from South Bend’s west side are teaching us how important life experiences are.

Dion and Dionta Payne-Miller are living out dreams they probably never thought possible before all through the sport of table tennis.

Four years ago, a local woman and mentor Margie Davis, met the boys and introduced them to the South Bend Table Tennis Club. Little did she or the boys know, that decision would end up changing all of their lives.

The brothers practice almost five days a week at the club headquarters in a warehouse on 2501 Indiana Court.

For Dion, this extra-curricular is way more than just a hobby.

“I would love to someday play in the Olympics,” Dion said.

“He’s only 12-years-old and he’s nationally ranked. I think one day he’ll be trying for an Olympic spot,” says his coach Dan Seemiller.

These Olympic aspirations are mostly thanks to Davis. After an afternoon outing four years ago, Dion said to Davis he’d like to have more life experiences.

“So I said you know what? We’re gonna have life experiences,” responded Davis.

Davis kept that promise by taking the boys horseback riding when she can, dog-walking, cherry-picking, she even took the boys to Zumba classes.

But it was the rainy Saturday afternoon when she took them to the Table Tennis Club that dramatically changed how they spend their time together.

“I would like to play every day,” Dion said.

Now, on top of being one of the best in the country, Dion has dreams of college.  Saying a scout from Lindenwood University in Missouri already approached him.

“He would like me to come over to Lindenwood to play for their team,” Dion said.

Payne-Miller says he has it all to thank to a lady he says, he’s been blessed to meet.

“She encourages us to do better and never give-up,” Dion said.

A lady who really showed the boys that what really matters, are those life experiences.

If you’re interested in joining the South Bend Table Tennis Club, here are some helpful links: