How Technology Can Help You Watch Television and Save You Money 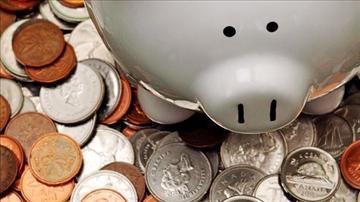 Televisions: Everyone has at least one, and according to the latest statistics, 65% of us have three or more.

We have in our country, an abundance of choices when it comes to our television viewing: from your favorite ABC affiliate, to channels devoted exclusively to weather, cooking, and watching legislators argue. It is fair to say we have a television addiction -- an addiction that comes with a cost.

More and more Americans subscribe to either cable or satellite to provide them their television programming. Those programs come with fees that the service provider must pay in order to offer their customers its content. Those fees continue to rise yearly. Let me tell you how I decided to fight back and in the process save my family some money.

Three years ago, I looked and noticed that my satellite bill was over $125 per month. This was for one HD dish on my roof, 1 main tuner with built in DVR (Digital Video Recorder) and 1 additional tuner in the upstairs bedroom. I then looked at the hundreds of channels offered by my provider and I discovered I was only really watching a very small fraction of the channels available.

The Nielsen Company; which tracks all things television estimates that, in the U.S., the average viewer watches 15 channels. Our family was below average, watching 8 channels on a regular basis. I was spending $125 per month to basically watch 8 channels a month and have the ability to digitally record them. I didn’t like my findings so I decided to make a few changes.

I called a contractor I found in the local yellow pages. We spoke about High Definition antennas. I arranged for them to come to my house and install an exterior HD antenna on my roof. They set it up and tested it, ensuring that it was getting good signal strength from all of the local television stations in the area. Step one done.

Next, I looked around for a computer, I happened to have an old Windows XP computer in my basement, I could have just as easily bought one off of Craigslist or through the classifieds. I then looked online for an “internal video tuner card”. When it comes to this the only name I trust is the Hauppauge brand of cards (http://www.hauppauge.com/). The card I chose would allow me to record two channels at once or record one and watch another. To the computer I added the video card and one 1 terabyte internal hard drive for storage. I left the machine’s original hard drive still running XP and just made sure it was patched up. Step two done.

To do the recording the way I wanted meant buying a bit of software, though. It wasn’t enough to simply record what I was watching. I wanted the ability to schedule recordings, to include all new episodes of our favorite shows, to skip over reruns and to have a built in television listing so I could search for other programs I might want to record. After some research, I chose snapstream media’s Beyond TV4 ( http://www.snapstream.com/). I downloaded and installed the software and in about 40 minutes I was setting up recordings. Step three done.

Next, I added movie content to the system by subscribing to Netflix. They currently offer thousands of movies and TV series that you can stream instantly and watch. Step four done.

Lastly, I called the satellite company and cancelled my service, they tried to talk me out of it and would demand I return their equipment, but in the end, they were out of our lives and so were their bills.

Initially, I spent about $600 setting everything up and getting it running. Three years later; the only bills we see are the Netflix bills which are about $11 per month.

The computer brings in everything local in HD quality from the exterior antenna. It knows our programming likes and automatically records all of our favorite episodes. The computer then sends all of that content directly to our television through a HD connection.

For channels we don’t get locally, many of them are offered online at the channel’s website. There you can often watch full episodes of your favorite shows. We gave up some things like the Weather Channel and ESPN, but in truth, we can get most of that information in other ways.

The real story here is not just the savings; which are substantial and ongoing (over $3,500 saved, so far, and counting). The real story is that The Nielsen Company estimates this month that 22.8% more television viewers “cut the cable” than last year and that number is growing. (http://www.dslreports.com/shownews/Nielsen-Almost-Acknowledges-Cord-Cutting-Is-Real-118318?nocomment=1).

Was it easy? Yes, with proper research. Can anyone do it? That depends on your location to signals in your area. Find an outdoor antenna contractor in your area. They can test to tell you what sort of signal strength you can expect.

Everyone gripes about their cable or satellite bills. Now you at least have the possibility of an option. An option I personally use and whole-heartedly endorse.

Remember you can contact me with any of your tech questions by emailing me at helpmecompudoc@comcast.net. This is Bill Kentner and you’ve just had your Tech Talk.