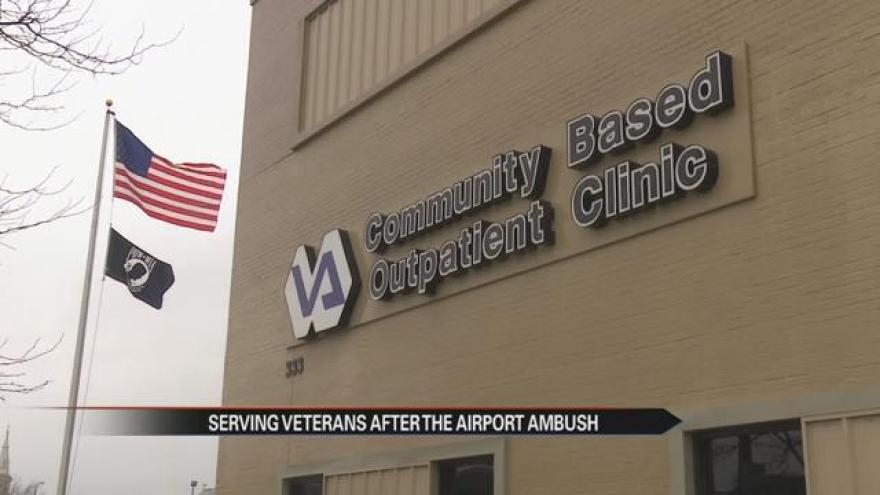 The VA of Northern Indiana discusses its approach to treating veterans with mental illnesses in wake of the Fort Lauderdale airport shooting.

“Coming through the doors of the VA itself could be a challenge because you’re holding onto that sort of mentality of ‘me seeking help in the first place is admitting there’s something wrong, admitting I’m broken,” VA of Northern Indiana Public Affairs Officer Isaac Grove said.

Grove is a veteran of the Marine Corps who served a tour overseas in Afghanistan.

“The closer I get to my core group of veterans, the less I actually communicate with them,” Grove said. “It’s almost like an unspoken sort of thing; I really don’t know; an unspoken love, an unspoken respect.”

He now works for the VA of Northern Indiana alongside assistant chief of mental health Phil Suman.

The organization strives to get veterans through the door for proper treatment.

“Even if a veteran comes in, first time, with maybe a cold, they are asked questions to check into different symptoms that could lead us to understanding whether or not PTSD exists,” Suman said.

Whether it’s picking up the phone and calling the 24/7 Veterans Crisis Hotline at 1-800-273-8255, or visiting a local VA clinic, Grove and Suman said you should not fear confronting your problem, and you should reach out to the people and places ready to help.

We still don’t know why suspected Fort Lauderdale shooter Esteban Santiago opened fire last week, but his family has told CNN he changed after serving in Iraq for the Puerto Rico National Guard.

But Grove said the first step has to be taken by the veteran.

“It’s not for us to expect everybody to understand what we went through,” he said. “Really, it’s up to us to carry ourselves forward.”

Suman said the biggest missing link in treating mental health is a lack of psychiatrists, but he said that’s a national problem.

On a positive note, Suman said the VA of Northern Indiana is ranked in the top 20 in the country in terms of accessibility.