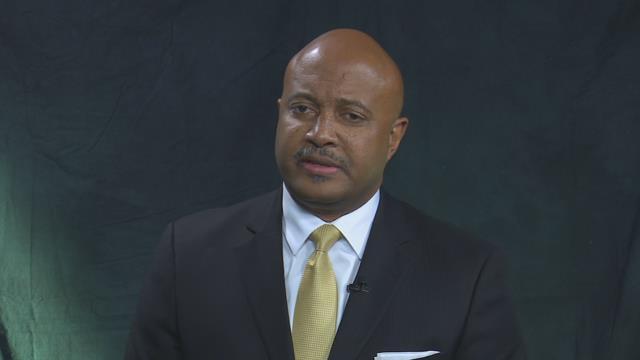 The Office of the Prosecuting Attorney for Elkhart County is already making plans to replace Curtis Hill after his win in the Indiana Attorney General race. The big question remains; who will replace Hill?

Elkhart County Prosecutor Curtis Hill defeated Democrat Lorenzo Arredondo in the race. Hill, who grew up in Elkhart, won the race with more than 61% of the vote. He is set to take the place of current Indiana Attorney General Greg Zoeller on January 9th.

"Current administration is working with Hill's transition team to ensure a smooth transition," said Corey Elliot with the Office of the Indiana Attorney General.

Now, the successor for Elkhart County Prosecuting Attorney must be chosen before January so that he or she can get accustomed to the conditions and responsibilities.

Shelley Murphy, the Director of Programs and Communications with the Elkhart County Prosecutors Office, says those who are interested in taking on Hill’s position must first go to the County Clerk’s office and file with them.

Then, there is a caucus of the Republican Party in Elkhart County. This is where precinct committeemen and other officers in Elkhart County meet with the County Party Chair, Mary Nisly, to discuss who should be the new Prosecuting Attorney there. Candidates will also attend the caucus.

Murphy says the earliest this will happen is at the beginning of December, however they are trying to find a replacement before the end of the year so the new prosecuting attorney will have time to adjust.

She says a meeting will be held soon so that members can begin discussing the caucus.