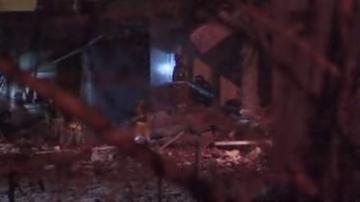 Investigators said  human error is to blame for the gas explosion. A gas worker accidentally created a tiny hole in a gas line that led to the blast Friday night.

People in the club evacuated before it blew up because they smelled gas.

“We just heard a big boom and like shattered glass from the building fell down,” said Jasmine Evans. “It was the end of the world. I just saw everybody running with their kids and the glass shattered. It was very scary.”

At least 18 people were hurt, but officials said none of their injuries are life-threatening.