Human trafficking and smuggling rile San Antonio -- and beyond 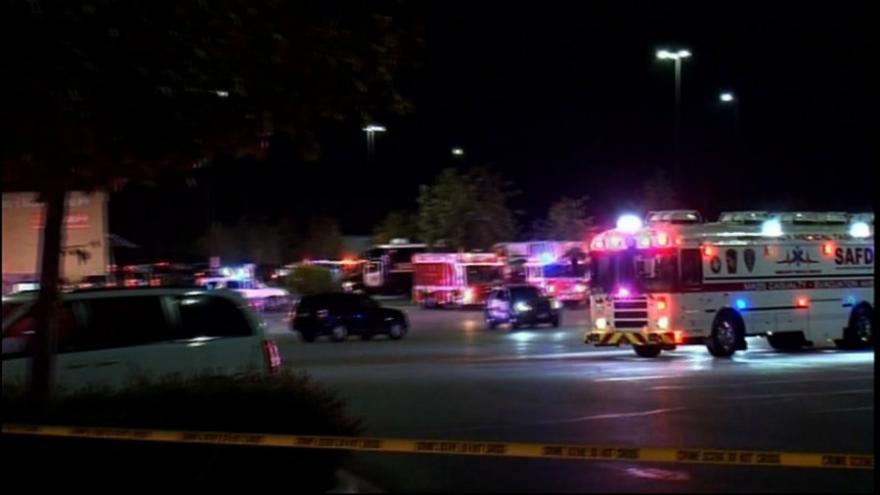 By Holly Yan and Amanda Jackson

(CNN) -- When 38 people were found dead or severely injured in the back of a stifling semi-truck, much of the country was appalled.

But these kinds of horrific discoveries happen with alarming frequency.

"Fortunately there are people who survived, but this happens all the time," San Antonio Police Chief William McManus said Sunday.

Hours earlier, his officers had discovered a sweltering semi truck with dozens of people crammed inside. Eight of them were already dead. Thirty others were severely injured, including many who will have "irreversible brain damage," the city's fire chief said. One of the injured died later at the hospital.

Once again, San Antonio has become an unwilling epicenter of human smuggling and trafficking.

San Antonio is just over two hours from the Mexican border at Nuevo Laredo. It sits at the intersection of three major interstates and has become a center for human traffickers bringing in undocumented immigrants from Mexico and Central America.

The San Antonio Police Department even has a web page devoted to stopping human trafficking.

And the advocacy group San Antonio Against Slavery says Texas has "a significant problem with human trafficking."

"The Department of Justice identified I-10 and IH-35 as major trafficking routes as an estimated one out of every five men, women and children who are victims of human trafficking pass through Texas," the San Antonio Against Slavery website says.

"Twenty-five percent of all human trafficking victims nationwide have, at one point, been located in Texas, either as a pass-through point or a place where they are long-term captives."

Across the state, 670 human trafficking cases were reported last year, according to the National Human Trafficking Hotline.

A spate of dangerous smuggling cases

In other Texas cities, human smuggling has become a disturbingly regular occurrence.

All 33 were from Mexico or Guatemala, US Customs and Border Protection said. The driver, a US citizen, was arrested.

"These criminal organizations view these individuals as mere commodities without regard for their safety," Acosta said.

-- On July 7, Border Patrol agents found 72 undocumented immigrants locked inside a trailer "with no means of escape," the CBP said. The 72 people, from Mexico, Ecuador, Guatemala and El Salvador, were found in good health.

The two drivers, both US citizens, were arrested.

-- On July 6, Border Patrol agents rescued 19 undocumented immigrants lost in the ranchlands near Laredo. They had been "abandoned by callous smugglers," the CBP said, and many were subjected to triple-digit temperatures. But agents found them before they were seriously injured.

Sometimes, it's not scorching heat that endangers the lives of human trafficking victims. For those hiding in refrigerated trucks, hypothermia is the concern.

"The immigrants had no means of escape from the cold temperatures," the CBP said. But all declined medical attention.

-- A similar incident happened in May, also in Falfurrias, when 18 immigrants from as far away as Kosovo were found in a produce truck set at 51 degrees.

"The immigrants had no means of escape from the trailer since it was locked on the outside," the CBP said. "Agents had to use bolt cutters to remove the lock, as the driver did not have a key."

'Helpless in the hands of their transporters'

The deadly conditions endured by undocumented immigrants often show their extreme desperation to flee their homelands.

"People will risk anything to seek refuge, seek better lives for themselves and their families," said Amy Fischer, policy director for San Antonio-based RAICES Texas, which provides legal services for immigrants and refugees.

But in many cases, trafficking victims don't know how inhumane the conditions can be.

According to the United Nations, human trafficking is "the recruitment, transportation, transfer, harboring or receipt of persons, by means of the threat or use of force or other forms of coercion, of abduction, of fraud, of deception, of the abuse of power or of a position of vulnerability or of the giving or receiving of payments or benefits to achieve the consent of a person having control over another person, for the purpose of exploitation."

That exploitation can include prostitution or other forms of sexual exploitation, slavery, forced labor or services, servitude or even the removal of organs.

The problem in the United States is not confined to border states.

In the San Antonio case Sunday, "We are looking at a human trafficking crime here," the police chief said.

One big clue came after police watched video of the Walmart parking lot where the semi-truck was parked.

"We found there were a number of vehicles that came in and picked up a lot of the folks that were in that trailer that survived the trip," McManus said.

Richard L. Durbin Jr., the US attorney for the Western District of Texas, deplored the tragedy in San Antonio.

"All were victims of ruthless human smugglers indifferent to the well-being of their fragile cargo," Durbin said.

"These people were helpless in the hands of their transporters."