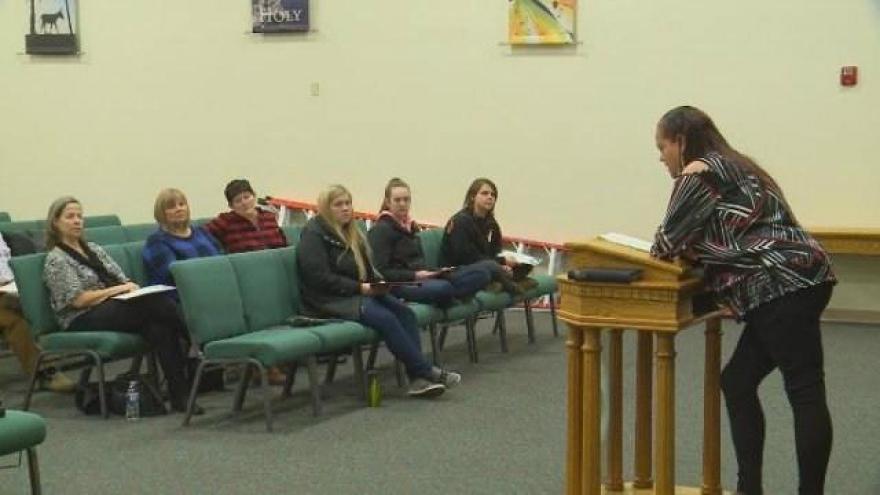 Northwood, OH -- Elesondra DeRomano knows the life of a human trafficking victim all too well.

"I was trafficking in Atlanta, L.A., California-for a year and a half," said DeRomano.

The Michigan resident turned Toledoan was placed into human trafficking at just 11-years-old.

"I was a runaway and my father had went to prison for killing two men," said DeRomano. "So the people who took me were relatives to who my father killed. so that's how I got taken."

Now nearly 40 years after her rescue, Elesondra's paying it forward as a motivational speaker showing people warning signs to look for in victims.

When she's not speaking, Elesondra's on the streets handing out "safety kits" to women at risk of being trafficked.

She says most victims are tricked into trafficking by promise of a better life.

"They're coerced, they're tricked," said DeRomano. "They act like they're boyfriends. They buy them this, they buy them that. They show them a life that they're not living now. So they gravitate toward that."

With human trafficking happening in public places like parking lots, Elesondra says if you see something that looks suspicious report it.

It's sound advice that has Northwood Block Watch leader Audrey Caligiuri vowing to make a difference in her city.

"We just need to open our eyes and our ears and just stop living in a naive thought process and really realize that, unfortunately, it can happen," said Caligiuri.