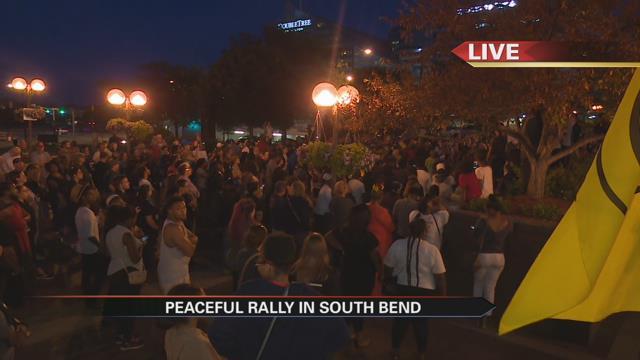 ABC57’s Sara Rivest and Taylor Popielarz spoke with organizers, demonstrators and were live from the rally – including when demonstrators marched throughout downtown South Bend.

The bulk of the rally took place outside the Morris Performing Arts Center on N. Michigan Street.

Multiple speakers addressed the crowd, spoken word poetry was performed, candles were lit, t-shirts and signs were given out and prayer circles formed.

The entire event was peaceful and no arrests were made.

Organizers repeatedly told the crowd – made up of children, adults and senior citizens of all backgrounds – that the event was a peaceful rally and not a protest; also adding that the demonstration was not meant to criticize police, but to condemn white supremacy.