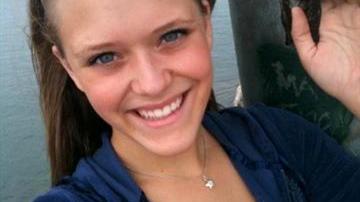 North Prairie hosted Griffin for the first football game of the season. But football was the last thing on people's mind Friday night, they were there for Lauren.

Lauren Pokuta, 17, would be attending her senior year this year at the high school but a car accident August 2nd left her severely injured.

Pokuta was air lifted to South Bend Memorial Hospital after suffering a brain injury, along with a broken clavicle, cheek bone, pelvis and collapsed lung.

Pokuta was in a car driven by Laura Schulte, 17, she suffered a contusion to her head during the crash.

According to the Herald Argus Newspaper Pokuta was not responsive at the scene. In the other vehicle, there were three teens -- all from New Prairie High.

According to Pokuta's doctor she has been moved to a long care rehabilitation center in Chicago for her continued care. She is said to be in a "vegetative state."

You can also show your support at "Pokuta Palooza" on October 15 at New Carlisle American Legion.

For updates on Lauren you can visit this site.