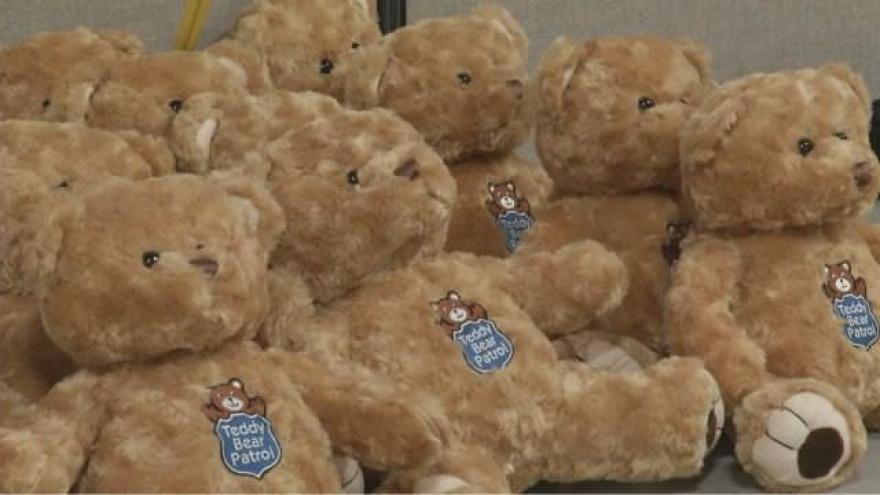 Genesee County, Michigan -- Many times when children are in traumatic situations, a teddy bear will help get them through the rough spot.

There's a non-profit agency in Mid-Michigan that makes the bears for first responders not only here, but in other parts of the country.

"It's about giving jobs to women who are trying to be self-sustainable," Sister Carol Weber said.

Sister Weber is a co-founder of St. Lukes N.E.W Life Center where the work is taking place. The Teddy Bear Program started in 2002. It puts women to work as seamstresses to stuff and sew the bears.

"So it's not just jobs, it's also a whole human interest story," Weber said.

As part of a program known as the Teddy Bear Patrol, the stuffed animals are distributed to first responders, police, fire and EMT's throughout our region.

In turn, the first responders give them to children facing high degrees of trauma, violence at home, accidents and abuse.

It's not easy turning a skinny bear into a nice, plump teddy bear but for the ladies volunteering, it's a labor of love.

Guice was accepted into the program two years ago. She said it changed her life.

Tameka Davis also started out as a seamstress. Now she's a supervisor.

The Teddy Bear Patrol is largely funded through the Grand Blanc Chamber of Commerce. When the chamber first started the program it didn't like the origin of the bears.

"We ended up buying a thousand of them from China," Chamber President Jet Kilmer said.

Rather than purchase the bears from another country, the chamber found a better way by helping out a local non-profit to make the bears.

"This is like a double whammy. You are helping the local economy and helping out kids. We didn't think that was going to be one of the blessings that came out of doing this program, and that's one of the things that really warms our heart. The fact that we can work with St. Luke's N.E.W. Life center and put people to work and an American made bear, a Flint made bear, that's just frosting on the cake," Kilmer said.

The bears are then given to kids by emergency responders in Genesee County. Sometimes they are sent across the country.

A special order was placed for the cuddly toys after the shooting massacre at Sandy Hook Elementary School in Newtown, Connecticut.

Sheriff Robert Pickell joins police around the region to sing the praises of the program.

"It's a time when we can be sensitive and give them that teddy bear and it just plays such an important role, it gives them something to focus on," he said.