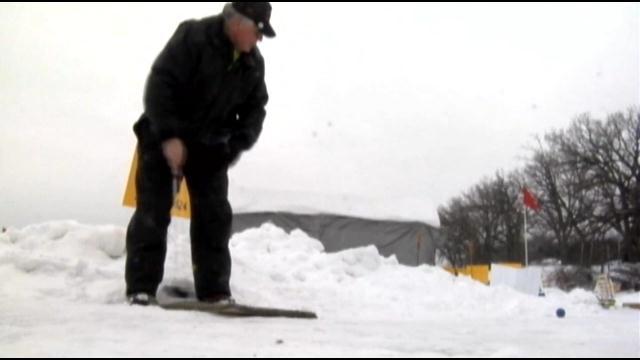 This past weekend, many hit the ice swinging in Minnesota.

It was part of the 12th annual Thompson's Boathouse Ice Golf Tournament where the golf isn't on the green, but rather the ice.

Each of the holes were sponsored and decorated by businesses.

All proceeds from the event went to the American Diabetes Association.

"You have no idea what your ball is going to do once you strike it with a club," said Roger Willemsen, who participated in the ice golf tournament. "It might go three feet and just sit there and spin. You never know."

"This has got to be one of the greatest sports there ever was. You know you can't win to begin with!"

The winning team takes home $100, but many say it's about raising money for charity.