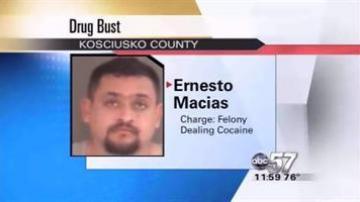 Police said he sold cocaine to an undercover officer.

Drug task force officers have been investigating Macias for some time after receiving anonymous tips.

According to U.S. Immigration and Customs Enforcement, Macias is an illegal immigrant.