IDEM determines the source of most recent trash on C.R. 26 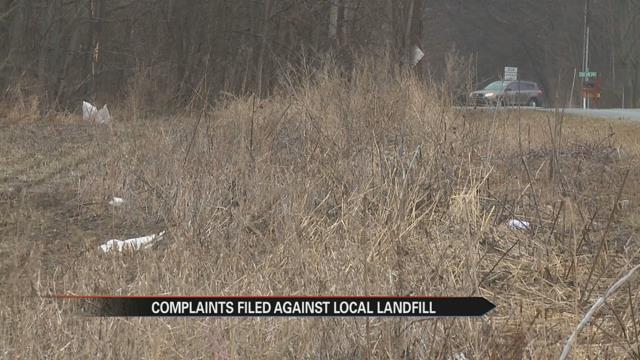 An ABC 57 viewer says he is sick of seeing trash in yards and neighborhoods off County Road 26 in Elkhart County.

There are two landfills in that area and it can be challenging to pinpoint the culprit.

The Indiana Department of Environmental Management was in Elkhart County to find the source of the debris.

"We have been getting lots of calls and anybody that drives in that area there is a large amount of trash all over the roads, in the trees, up against fence rows, so it was pretty much a mess,” says Mike Yoder, Elkhart County Commissioner.

Commissioner Yoder says many of the phone calls he receives regarding road debris come from homeowners off County Road 26.

“I don’t know that you are going to have a perfect neighbor with a landfill,” says Mike Miles, an Elkhart County resident.

He says some days the debris is worse than others.

“The way the wind was kicking up last week there was a considerable amount, the fence lines were just littered with debris,” says Miles.

“If the wind is blowing from the west it can be a little difficult to know from which landfill [it is coming from],” says Yoder.

All landfills in the state of Indiana are required to practice “daily cover.” Every 24 hours they must cover their trash mountains with dirt or other materials that will lessen the amount of debris that flies away.

“Well it is a little disconcerting to see piles of trash and not have it covered,” says Miles.

IDEM representatives say inspectors were recently at both landfills and did not find any daily cover violations.

Commissioner Yoder says at this point the county can work with residents to find a solution to the trash but enforcement is at the state level.

“It’s an IDEM issue and I know IDEM is on site and does the inspections and it’s up to them to issues the fines,” says Yoder.

An IDEM representative says on February 24th it received a complaint from the Elkhart County Sheriff’s Department about an excessive amount of trash coming from Earthmovers.

On that same day IDEM inspectors checked out the complaint.

IDEM found high winds blew down a fence and gave Earthmovers 14 days to fix the fence and clean up surrounding properties.

Inspector went by Earthmovers recently to make sure progress was occurring and say crews were picking up trash.