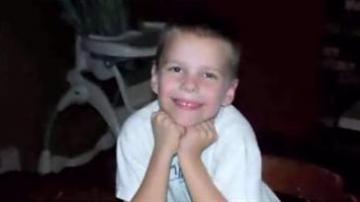 CHICAGO — An Illinois boy buried nearly two weeks ago in a sink hole on Mt. Baldy in Michigan City has been released from the hospital.

He'll continue rehab therapy over the next few days.

The boy got trapped in a sinkhole at Indiana Dunes earlier in July.

It took crews nearly four hours to dig him out.