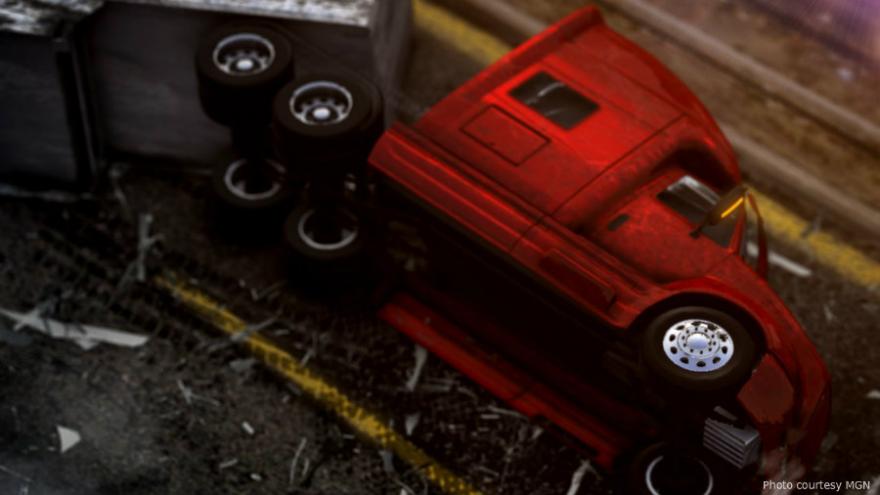 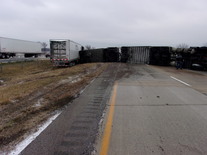 The Volvo was crossing an overpass when the semi-tractor began sliding sideways.

Costecu suffered a wound to his head, but refused medical treatment. The second driver, Brata did not report injuries.

At this time officials do not suspect alcohol or narcotics as contributing to the crash.

The crash cleanup and investigation required the southbound lanes of I-69 to be closed for approximately three hours.