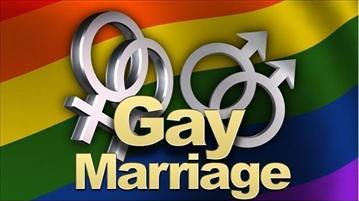 SPRINGFIELD, Ill. — Illinois lawmakers may take up a proposal to allow gay marriage in the state.

A state senate committee was scheduled to discuss the proposal. If the committee approves the measure, it could go for a vote in the full state senate as early as Thursday.

"The support is incredible. It's from all parts of the state," said Rep. Greg Harris. "It's from Republicans, it's from Democrats, it's from the old, it's from the young, we have very heartwarming support from the faith community. It's clearly the direction that people in Illinois want us to go."

The law would not be a huge change for Illinois. The state previously legalized civil unions in 2011.