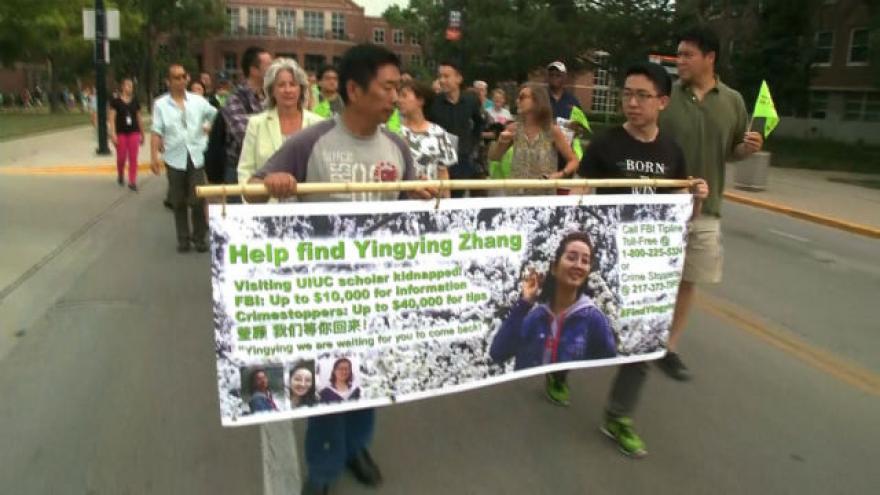 The man charged with kidnapping a Chinese student at the University of Illinois may face the death penalty after new charges were filed, accusing him of killing her. Photo courtesy CNN 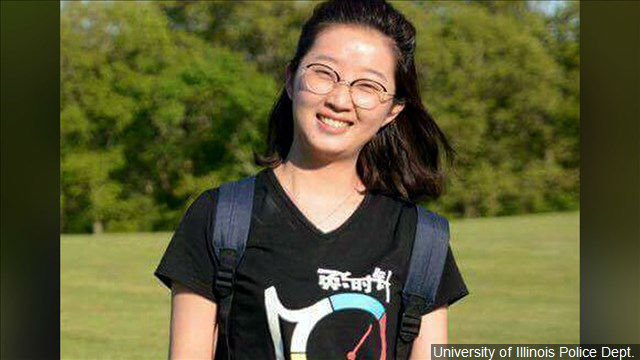 (CNN) -- The man charged with kidnapping a Chinese student at the University of Illinois may face the death penalty after new charges were filed, accusing him of killing her.

The complaint alleges Christensen killed Zhang during "the commission of a kidnapping," and that the offense he committed which caused her to die was committed in an "especially heinous, cruel, or depraved manner, in that it involved torture or serious physical abuse," according to court documents.

If convicted of this charge, Christensen could face either life in prison or the death penalty, according to a statement from the office of the US attorney for the central district of Illinois.

Christensen's attorney did not immediately return CNN's calls for comment.

Christensen was initially charged with Zhang's kidnapping, but not her death. He pleaded not guilty to the initial kidnapping charge on July 20. The updated indictment also charges Christensen with two counts of making false statements to the FBI when questioned about Zhang, according to court documents.

Zhang disappeared June 9 while on her way to sign an apartment lease. Law enforcement officials believe she is dead, according to a criminal complaint filed before Christensen was arrested on June 30. She was last seen getting into Christensen's car at a bus stop, according to court documents, citing video evidence.

Police still have not located Zhang's body, according to Sharon Paul, spokeswoman for the US attorney for the central district of Illinois.

The charges state that Christensen lied to the FBI about what he was doing the day Zhang disappeared, and that he lied about dropping her off after picking her up from campus, when "he knew full well that he did not drop" her off, but rather, "took her back to his apartment."

The complaint also states that Christensen used a Motorola cell phone and a Saturn Astra car in order to commit his crimes.

Investigators sought search warrants and started their surveillance of Christensen on June 16, days after Zhang disappeared.

Christensen will be arraigned under the charges from the updated indictment on October 11, according to Paul. A preliminary trial date has been set for February 27, according to the statement from the US attorney's office.