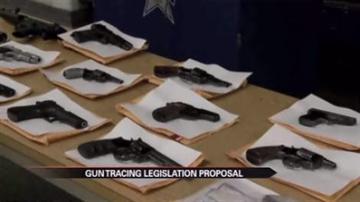 ILLINOIS -- An Illinois senator says he has a new plan to crackdown on gun crimes by tracing those guns with online software.

It would use e-trace software to look at the history of guns used in crimes by following how they got into the state and where they came from.

Officials say the program can help police and would not violate responsible gun owners' rights.

"There's no excuse for not doing this for starters other than incompetence, stupidity," said Sheriff Tome Dart.  "I mean if someone wants to make some bizarre, twisted argument that somehow this undercuts the second amendment, you know what you just need to give up with those people because there is no argument there."

The bill only applies to guns used in crimes.

The senator believes it could get the necessary votes to pass congress.