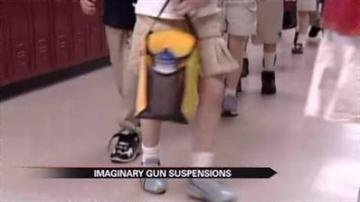 MARYLAND -- A Maryland school suspended a six year old for for making an imaginary gun with his fingers.

This is the second time administrators suspended a student for this.

"I do not believe maliciousness was involved here. I can certainly appreciate that at school they may feel that's not a type of play that they are going to endorse and I support that but that's where we educate, time and place for doing things," said Joe Kaine, Child Psychologist.

A child psychologist says the that minds of six-year-olds are not developed enough to understand things like violence in schools or why their idea of fun play might make adults at school upset.