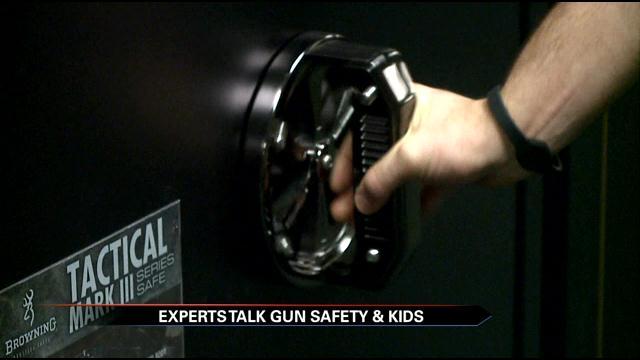 A three-year-old accidentally shot himself in the head Thursday night and later died. Police are still trying to figure out how he got a hold of the gun.

One local gun store manager is using this tragedy to teach Michiana about the proper way to store firearms and it is something he and police hope more will jump on board with.

“Everybody that's involved with it. It's certainly a difficult time and very difficult case for us to have to deal with,” said Sergeant Chris Snyder of the Elkhart Police Department. “You definitely want to keep your firearms locked up and out of reach of the children."

“If you're going to have it loaded. You better be sure it's secure,” said Rocco Rigsby, retail manager for Midwest Gun and Range.

Safety and security, that is why many homeowners own guns, but they are dangerous if not stored properly.

Kids see them in video games and on the big screen and they are fascinated by them.

“We see things that we like. We think they're neat. We want to touch them and see what they do,” said Rigsby.

That is why it is important for gun owners to lock them up and teach kids the dangers of firearms.

“They can be dangerous if used in the wrong way,” said Rigsby.

Whether it is a safe or a small lock box, anything is better than nothing when we're talking the difference between life or death.

Midwest Gun & Range offers wire locks for free to anyone in need.

So far no charges have been filed in the death of Jeremiah Ross. The prosecutor's office continues to investigate.