Inauguration weather past and present 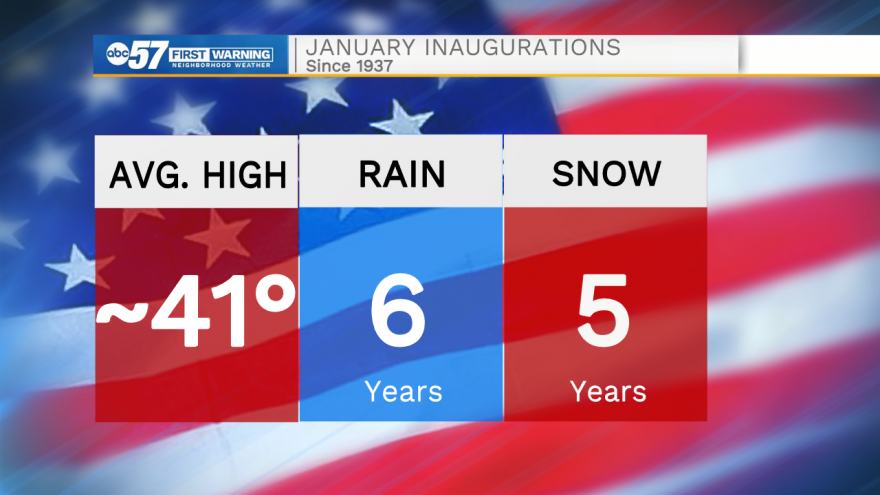 January 20 is a date that many historians and politicians hold dear in their heart. Every four years, a new chapter is written in the history books. As a meteorologist, of course I'm interested in the weather associated with each new president. Here's some of the facts I found about our nation's inaugurations.

21 of these inaugurations were in January (which I'll focus on for this article, since we're adding a new January inauguration today). There are 16 March inaugurations with recorded weather data, and 6 inaugurations that occurred at other times of the year. 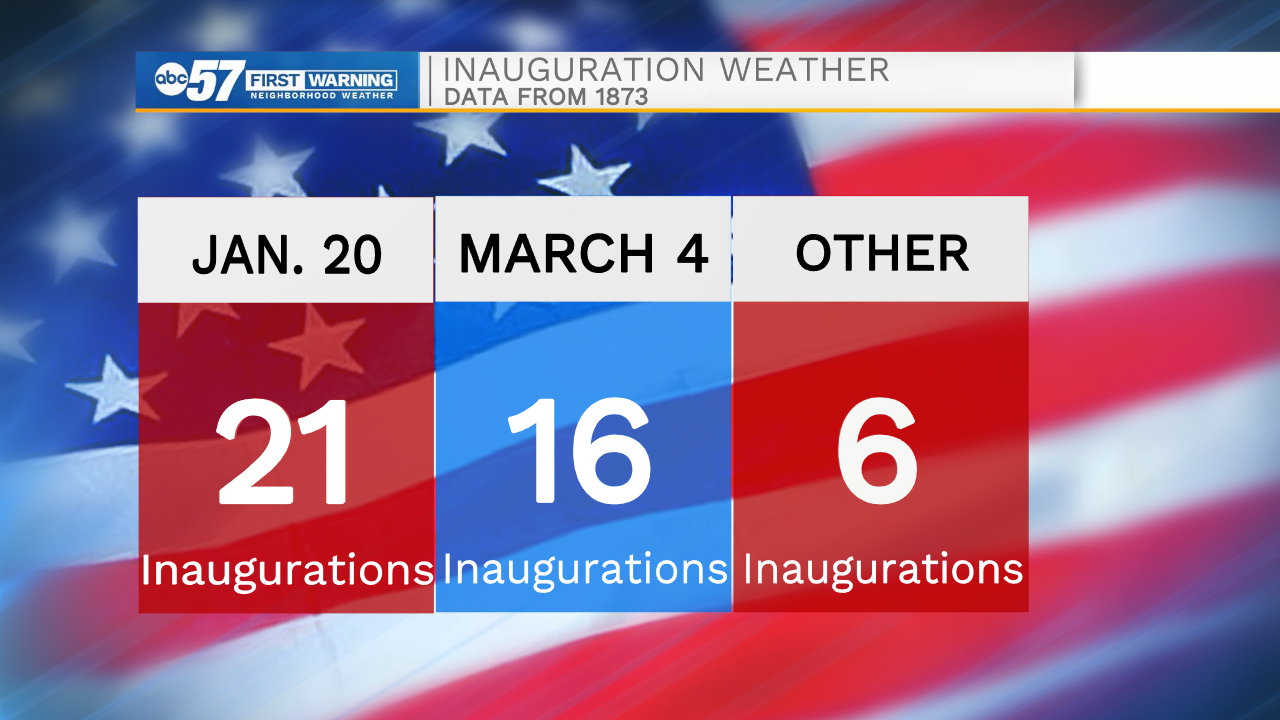 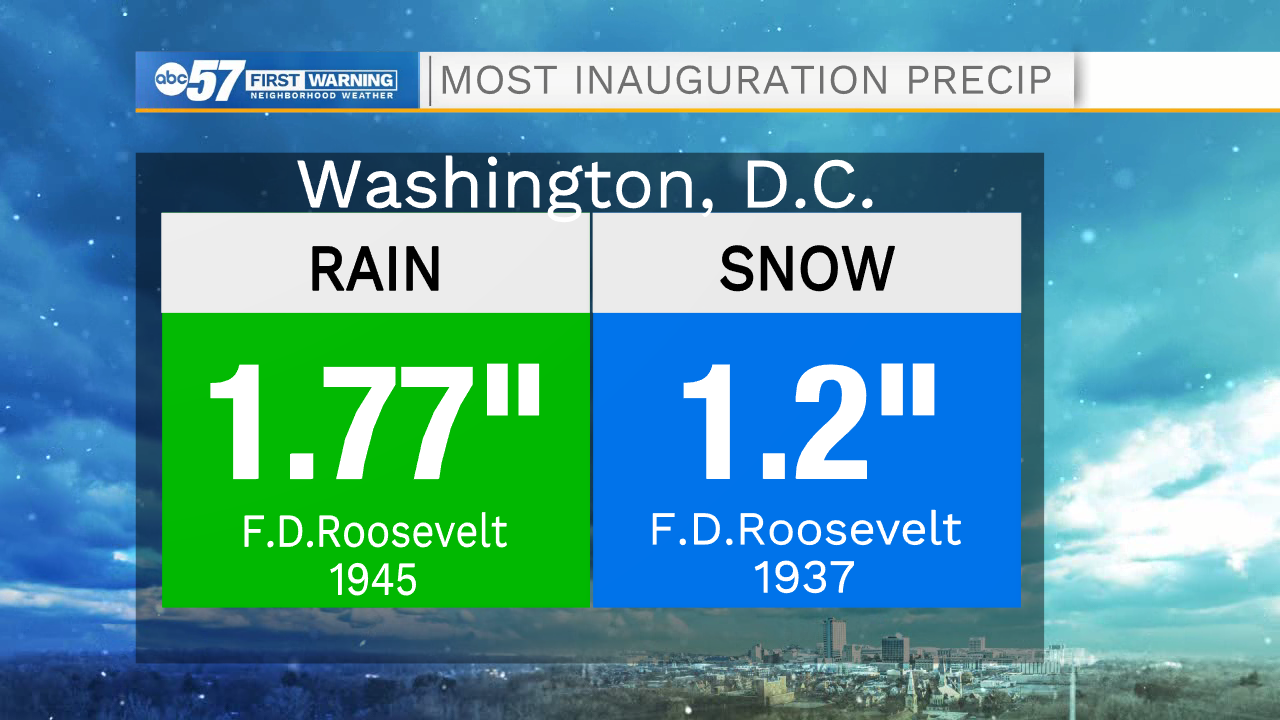 It has rained at six January inaugurations, and it has only snowed at five. 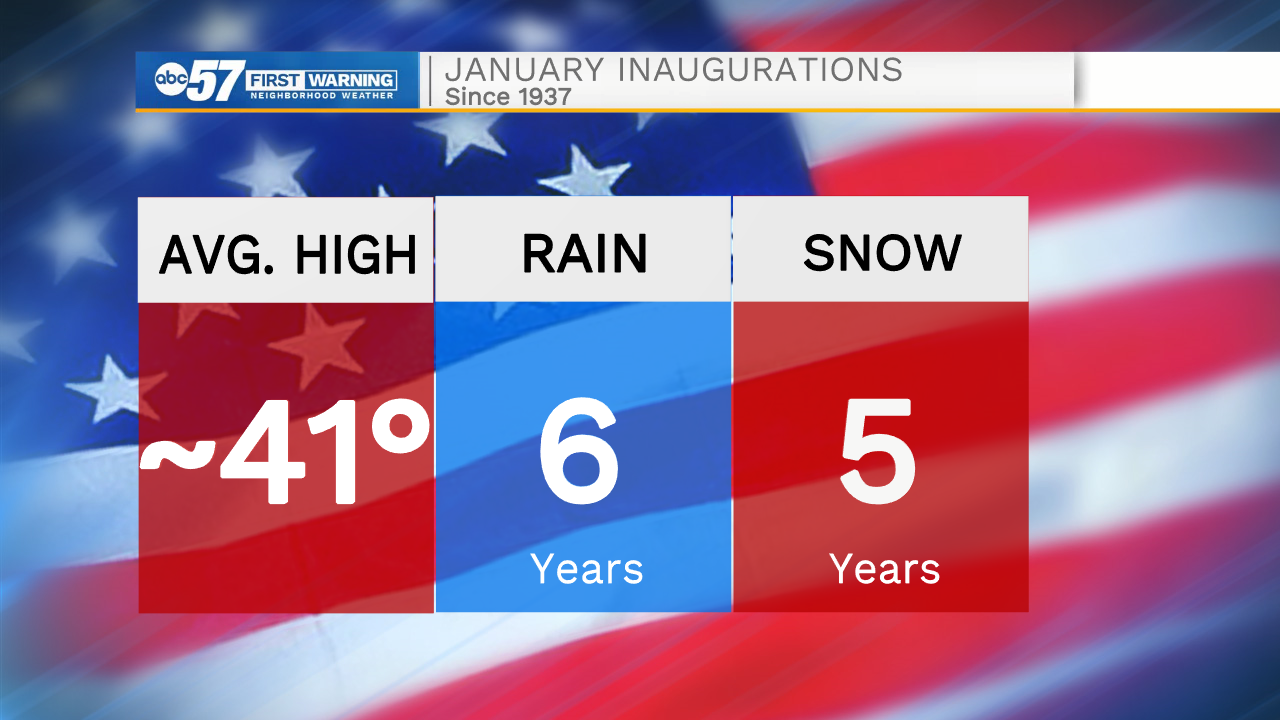 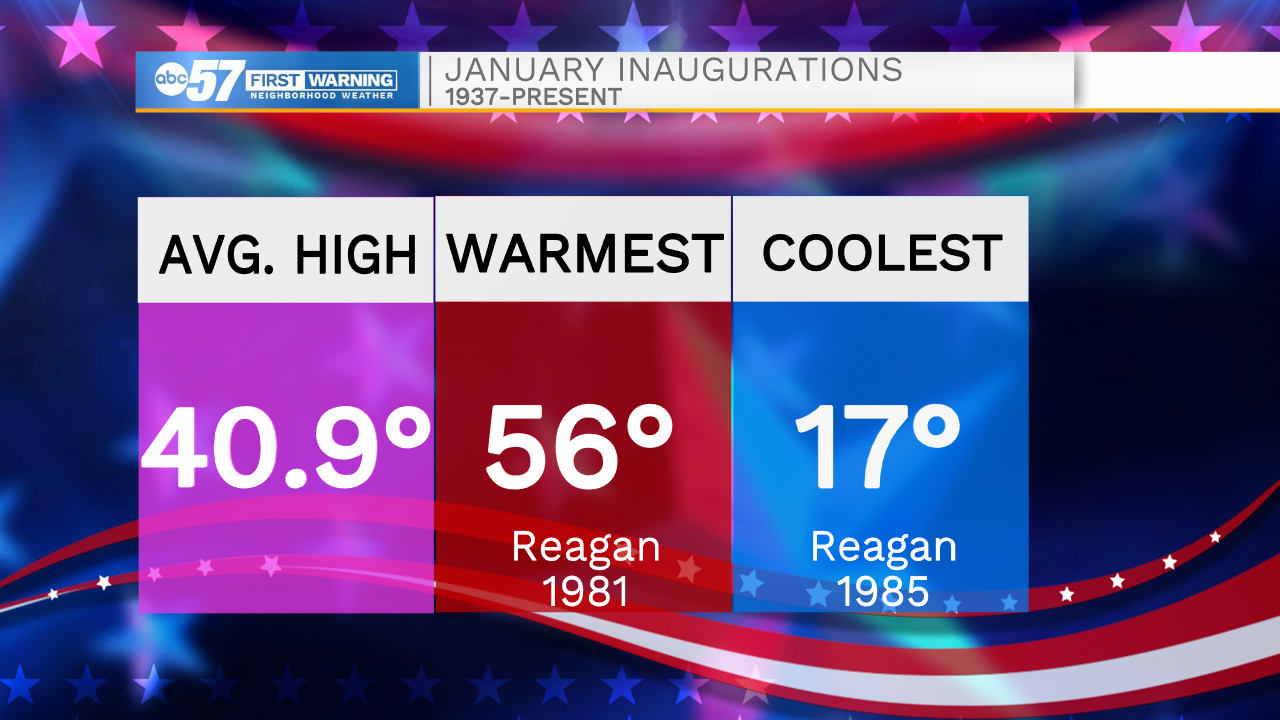 Where does this year's inauguration stand? Nothing too notable for temperature. The forecast high for Washington, D.C. today is around 45 degrees. The day started with a few snowflakes (which has only happened five other times in history), but it looks like skies will be clearing and dry by the time the Oath of Office is taken. It is breezy. The Field of Flags decorating the National Mall will be waving in the wind. 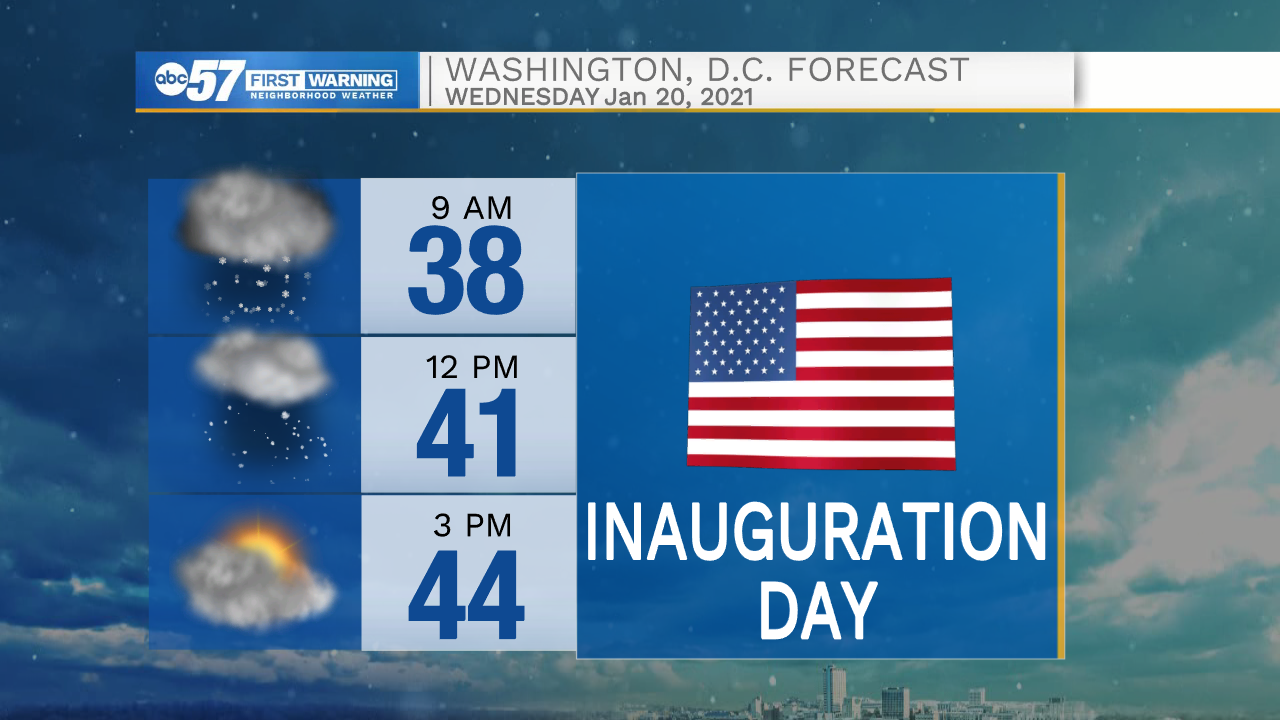 Looking at the March 4 set of inaugurations, the average temperature was about 43 degrees. President Wilson's first inauguration and President Cleveland's inauguration had the warmest March highs, tied at 58 degrees.

Notably, President Taft's inauguration featured 9.8" of snow, which is a record for March and January inaugurations.

There were six other inauguration dates in history (Presidents Ford, Johnson, Truman, Coolidge, T. Roosevelt, and Arthur). Only two of these took place in Washington, D.C. Ford's inauguration is technically the warmest in history, with a high of 83, but it also took place on August 9, 1974.