Increasing likelihood of named storm in Gulf of Mexico 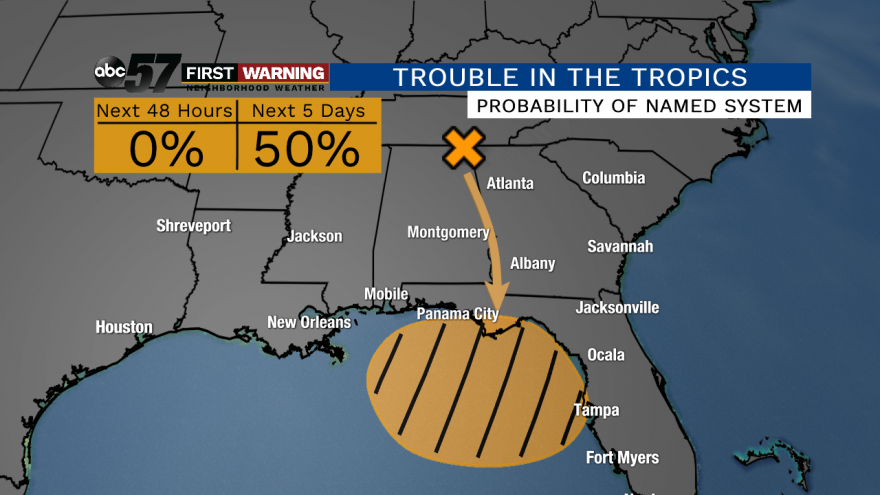 It has been a quiet hurricane season thus far in the Atlantic, but that could certainly change in the next several days.

The National Hurricane Center has given a non-tropical area of low pressure located in the Tennessee Valley a 50% chance of developing in the northeastern Gulf of Mexico over the next five days. See the image above. 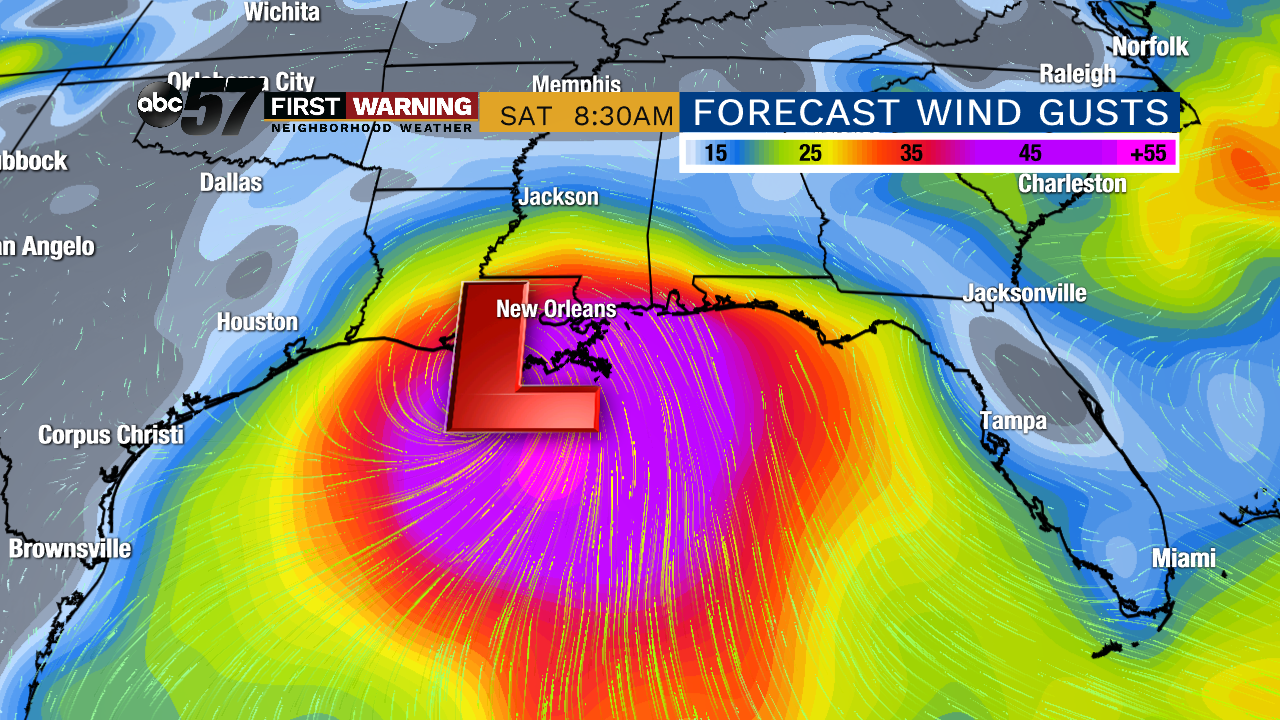 One forecast model's depiction of the tropical system by next Saturday morning. This would be a rather strong named storm, which is a possibility.
The low will likely reach the Gulf of Mexico by mid-week. Beyond that, things get a bit foggy and a little less certain. While the environment in place in that part of the Gulf is certainly supportive of tropical development (warm water and minimal wind shear), it remains unclear how long the low will be over the water.

If the low moves out into the Gulf and remains there for a couple of days, there is an excellent chance of a tropical system (it would become Barry).

However, if the low barely moves off-shore, the chance of a named storm is lower.

At this point, all things continue to suggest a higher chance of a named storm by late this week. Impacts are possible from Houston, Texas, to Fort Myers, Florida, depending on the eventual path and growth of the system.